Home » Boxing » Miguel Berchelt vs. Oscar Valdez: How to watch the fight on ESPN 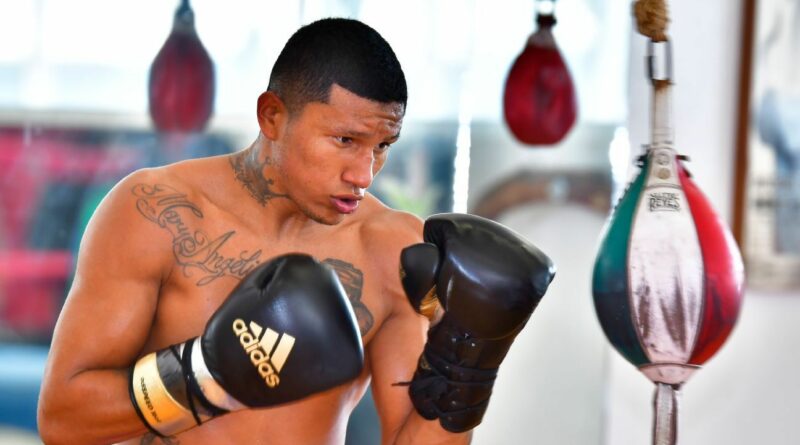 WBC junior lightweight world titlist Miguel Berchelt will face former WBO featherweight titlist Oscar Valdez at the MGM Grand Conference Center in Las Vegas on Saturday. The bout will headline a stacked Top Rank card that will begin with prelims at 6:30 p.m. ET on ESPN+. The main card will start at 10 p.m. ET on ESPN and ESPN+.

Berchelt has defended the belt six times, including a sixth-round TKO over Vargas in the rematch two years later. Berchelt fought once in 2020, a TKO victory over Eleazar Valenzuela in a non-title fight in Mexico in August.

Valdez (28-0, 22 KOs) is a former featherweight world titleholder. He defeated Matias Carlos Adrian Rueda in 2016 to win the WBO belt and made six straight defenses, including an epic battle with Scott Quigg in which Valdez suffered a broken jaw in the fifth round but finished the fight to win a unanimous decision. Valdez moved up in weight in 2019 and has TKO victories over Adam Lopez and Jayson Velez at 130 pounds.

Both Berchelt and Valdez are undefeated in title fights. The fight was originally scheduled for Dec. 12, but Berchelt tested positive for COVID-19 in November and the bout was postponed. Because of the fighters’ style, this could be another must-see fight between Mexican compatriots, a list that includes formidable battles between Israel Vazquez and Rafael Marquez in their first fight in 2007, and Erik Morales-Marco Antonio Barrera 1 in 2000.

Where can I watch the Berchelt-Valdez fight card on Saturday?

The Berchelt-Valdez fight card broadcast on ESPN and ESPN+ will begin at 10 p.m. ET on Saturday. The main card includes Gabriel Flores Jr. vs. Jayson Velez in 10-round junior lightweight battle.

Don’t have ESPN? Learn how to get instant access today: ESPNInstantAccess.com

How do I stream the fights?

The fights will be available to stream on mobile devices using the ESPN App.

Watch the undercard live on ESPN+ on the ESPN App