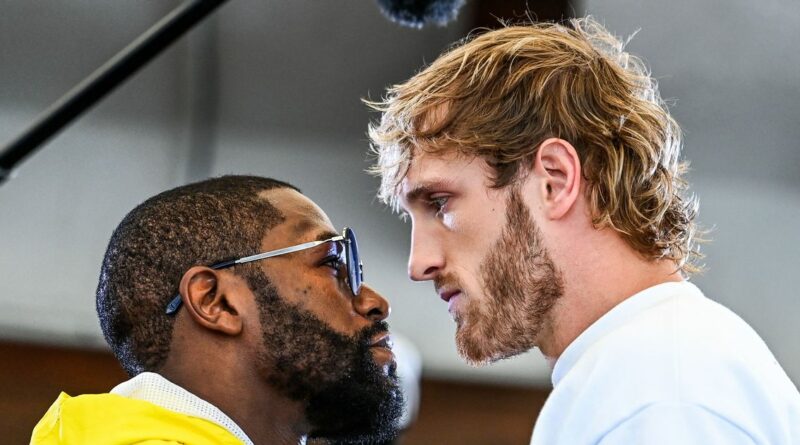 Mike Tyson has claimed the Floyd Mayweather is going to "kill" Logan Paul when the pair square off on Saturday night.

The undefeated boxer will take on the YouTube sensation in Miami in an eight-round exhibition bout.

Mayweather's perfect 50-0 record will remain in tact regardless of the result, but Money is not expected to go easy.

The 44-year-old's last competitive fight was back in 2017 against Conor McGregor, but he has remained in shape in the years since.

“Floyd is going to kill this guy, man,” Tyson told Reuters . “Floyd stays in the gym, he’s never out of shape. He’s going to have so much fun winning this money.”

Despite his absence from the ring Mayweather is in no doubt about his abilities.

He has claimed that he wouldn't have to be any near top gear to knock off his opponent.

Paul though has remained bullish in the lead up to the fight.

He has revealed that the one man he wanted to avoid was heavyweight Tyson Fury.

The Gypsy King supposedly challenged him to a fight in order to secure a match between Jake Paul and Tommy Fury – but he wasn't keen.

"I am so ready for Floyd but one boxer I don't want to fight is Tyson Fury," he said.

"He pitched me in my DM's and said my brother can fight Tommy Fury and I can fight him, but I was like, no I'll pass."

Both the Paul brothers have continued to pursue boxing.

The 26-year-old insists his life has revolved around achieving the impossible and plans to continue that theme.

"This whole thing is just so crazy, we have already defied the odds," he said. "When my manager asked if I wanted to fight Floyd Mayweather I just laughed.

"But I will never laugh at him again. I can't believe all this but I am determined to put on a show.

"They can say it's an exhibition but I am ready to fight. I really do believe that people will be surprised at my skills.

"I am that dude, the guy who does something no-one else thinks they can do. That's been me my whole life, I am here to achieve the impossible. Sunday night will be an extension of that."

Joshua vs Ruiz Jr: Josh Kelly vows ‘to do it in style’ against Ray Robinson