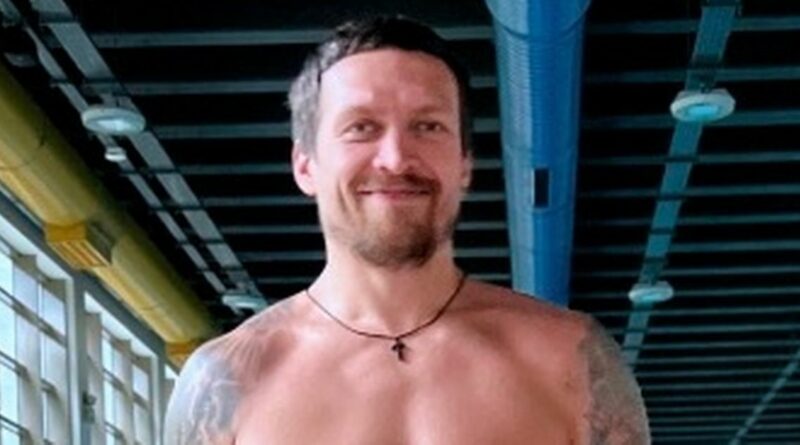 Oleksandr Usyk appears to have taken a swipe at the size of Tyson Fury's belly after uploading a photo showing off his new lean physique on Twitter.

The Gypsy King has been taunting Usyk in recent months, referring to the Ukrainian as 'middleweight' in a dig at his slight frame, though it seems the WBA (Super), IBF, WBO, and IBO heavyweight champion has embraced the nickname – as well as his small stature.

"The Middleweight is here," Usyk wrote, alongside a photo of himself wearing swimming trunks on the edge of a pool. "Where are you Belly? @TysonFury".

The two are hotly tipped to face each other in a title unification bout at some point this year, and many think Fury's size advantage will prove too much for Usyk, despite the fact the Ukrainian had little trouble beating bulky Anthony Joshua in back-to-back fights.

Usyk won heavyweight gold at the 2012 Olympics but began his professional career as a cruiserweight. Over the next few years he picked up the WBA (Super), WBC, IBF, WBO, and The Ring cruiserweight titles, before moving up to heavyweight following his win over Britain's Tony Bellew in November 2018.

Is Usyk making the right choice by cutting weight ahead of his clash with Fury? Let us know what you think in the comments section below.

Fury meanwhile has been a heavyweight his entire professional career. He ballooned in size following his stunning world title victory over Wladimir Klitschko in 2015 and subsequent battles with his mental health.

Ever since, Fury's critics have mocked him for his size, and often, the lack of definition in his stomach. Although, when you're an undefeated world champion and widely dubbed one of the greatest heavyweights of all time, it's probably hard to care.

Inside Anthony Joshua celebrations back to England after Andy Ruiz win 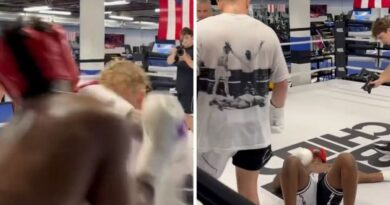