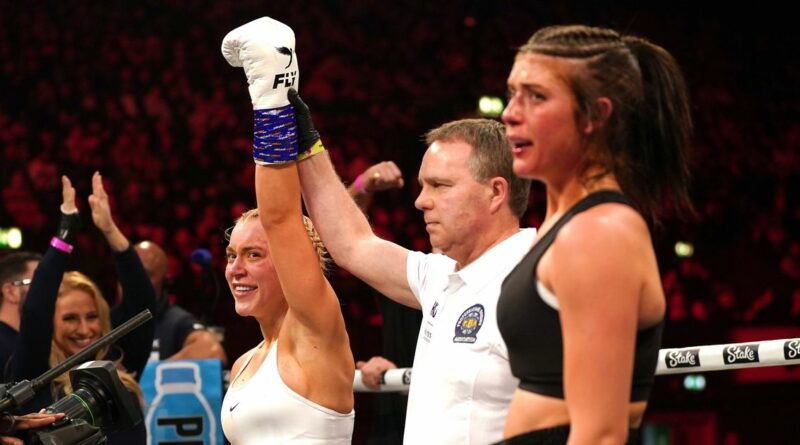 Brooke and Ordway traded blows from the first bell with the American looking to tire as the OnlyFans star began to take control – scoring a knockdown.

The fight didn't go on much longer, with both left bloodied from the exchanged before the referee called the bout to an end with Ordway looking worse for wear.

Brooke, who had incorrectly been called Ellie twice by the announcer, dropped to the canvas in joy as the fight came to an end with Ebanie Bridges supporting her stablemate from her corner.

The 25-year-old, who stood the much shorter fighter at 5 ft 2in compared to 5 ft 7in, was then named the Baby Bomber by the Aussie star who is famously nicknamed the Blonde Bomber.

Brooke called out Astrid Wett after the fight and insisted that she would do serious damage to her OnlyFans rival going on their respective performances in the ring.

Brooke said on DAZN: "Guys, that is what you call a TKO. You guys are lucky to see the best two influencer boxers in that ring tonight – me No 1, Faith No 2.

"There's a big gap between one and two then."

Brooke, who won her debut against Love Island star AJ Bunker last year, walked out to Oasis' Wonderwall thanks to her love for Manchester City to a huge reception from the crowd.

Brooke had already turned heads at her weigh-in while wearing a skimpy zebra-print lingerie set, later clashing with rival Astrid in a potential row before a future fight.

She said: "Sorry you are a f***ing clout chaser. And you jump on any f***ing bandwagon that you can and you know it. You dropped out of our fight because you were scared.

"You used that as an excuse then called me all the names for coming out in lingerie and done it yourself just weeks after." 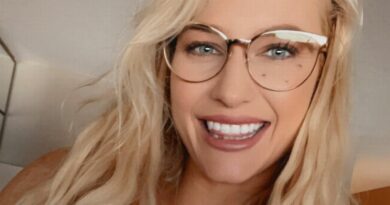 Ebanie Bridges’ wild OnlyFans will contain everything ‘too wild’ for Twitter 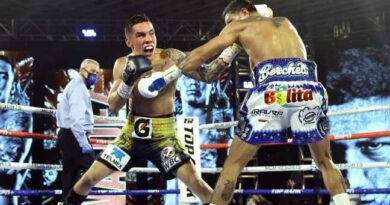 Oscar Valdez needed to fight the perfect fight to beat Miguel Berchelt, and he did just that 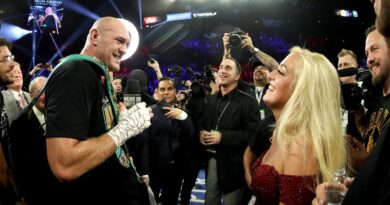