Oscar Rivas and his team were stunned to learn of Dillian Whyte's alleged failed test having not been informed when it happened.

Reports surfaced on Wednesday which said Whyte tested positive for a banned substance on July 17, three days before he took on, and beat, Rivas.

Whyte's promoter Eddie Hearn has neither confirmed or denied the allegation, but said Whyte was cleared to fight by testing bodies VADA and UKAD, along with the British Boxing Board of Control.

But Rivas' promoter Yvon Michel has revealed he was in the dark until he read the report.

He tweeted: "It is with great stupefaction we have learned yesterday, the news about the testing result of Dillian Whyte before the WBC title [fight] against our Oscar Rivas.

"Up to this moment nobody on the concerned parties have confirmed or denied to us this information."

Michel also confirmed he would have pulled Rivas out of the fight had they been made aware.

Whyte was dropped in the ninth round by Rivas before winning on points.

His victory earned him the WBC interim heavyweight world title and a shot at either Deontay Wilder or Tyson Fury , depending on the result of their rematch.

But the result has been plunged into doubt following the revelations with Rivas saying he hopes the defeat is scratched from his record.

"The only thing to do is wait for what the International Commission of Boxing say because these are things that are really very anti-sporting," he told journalist Alexis Rodríguez .

"I think yes, if they want we will try and fight for the same title. Thanks to God I'll continue unbeaten.

"The truth is this defeat caused me a bit of distress but the support of the people pushes me on, we have to go forward."

Hearn is yet to add to his statement last night which read, "Further to reports I can confirm that both Dillian Whyte and Oscar Rivas were subject to extensive VADA and UKAD testing for their bout. Both fighters were cleared to fight by both bodies and the BBBofC." 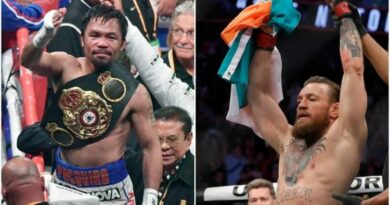 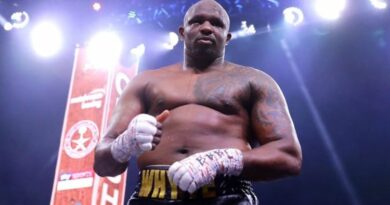