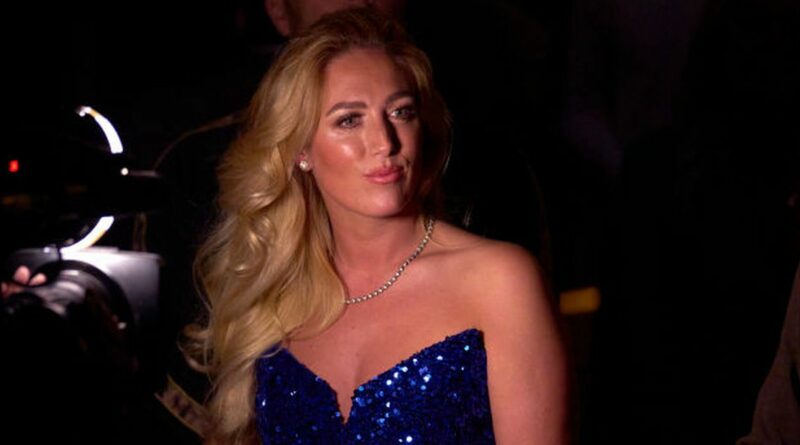 Security staff at an airport in Canada feared that Tyson Fury’s wife Paris was a victim of a human trafficking plot.

She had been on her way to support her boxing champ husband before his fight in the States against Zack Page.

Paris, 31, said she had jetted over with Tyson’s promoter at the time, Mick Hennessy, and a boxing coach, John Ingle.

But the sight of the blonde beauty with two older men spooked border patrol staff who worried she had been kidnapped.

She revealed: “It was the first time I’d flown anywhere without friends or family by my side, so it all felt a little bit strange.

“Mick and John were nice enough blokes, but I don’t recall a lot of conversation taking place between these two middle-aged boxing nuts and a mother-of-one in her early 20s.

“Maybe I looked a little nervous or awkward in their company, because when we landed at the airport in Canada I was stopped at the departure gates by a pair of stern-looking security guards, who bombarded me with questions.

“What was my final destination? Why was I travelling there? Then they turned their attention to my travel companions. ‘Do you know these two men?’ they demanded. ‘A little bit, but not very well,’ I answered, truthfully.

“In hindsight, this was probably the wrong thing to say. Before I knew it these officials had pulled me to one side, clearly believing that I was either the victim of some sinister human trafficking plot, or that I was up to no good with a couple of sugar daddies.”

In her new book, Love and Fury, Paris said that she was probed for ages in 2010 before she was finally allowed entry to be reunited with Tyson, 33.

She added: “They continued to quiz me – ‘Are you here on your own free will, Mrs Fury?’ ‘Do you want to tell us something?’ – and then searched all my bags and pockets.

“Eventually I managed to convince them that everything was legit and above board, and they finally waved me through.”