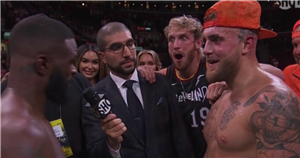 Jake Paul has agreed to fight Tyron Woodley again after he agreed to get a "I love Jake" tattoo.

It follows a split decision victory over the former UFC star in Ohio to preserve Paul's status as an unbeaten boxer after four fights.

But it was not as easy for the 24-year-old, who was rocked in the fourth round to give the match its most dramatic moment.

Woodley had Paul on the ropes but failed to follow up his lethal hook and the YouTube star regained his composure to come through the rest of the clash relatively unscathed.

Immediately after the clash, Woodley was furious and insisted he won and demanded a rematch ahead of a potential clash against Tommy Fury.

He said: "I feel like if that was the second biggest pay-per-view, then round two is gonna be bigger than that.

"Off the top, I want the rematch. Nobody is gonna sell the pay-per-view like we did. The Fury fight [ain't gonna do that]. I felt like I won the fight."

Paul was quick to answer and insisted there was only one way that he would agree to take on the 39-year-old again.

Paul added: "Get the tattoo and we'll run it back. We got the tattoo artist right here, so you ain't going nowhere.

"Wipe the sweat off and shave that leg, because I'm putting I love Jake Paul on your leg and we can run it back."

Prior to his admission, Paul had hinted that he could take a break from the sport.

He said: "Honestly, we'll see. I've been boxing for 18 months now. I haven't been to the dentist, I barely got my hair cut in the last two years.

"My teeth are crooked, my nose is crooked. I've dedicated the last 18 months to this.

"I haven't stopped, I think I might need to chill out for a second and figure out who I am. 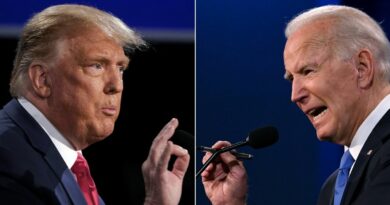