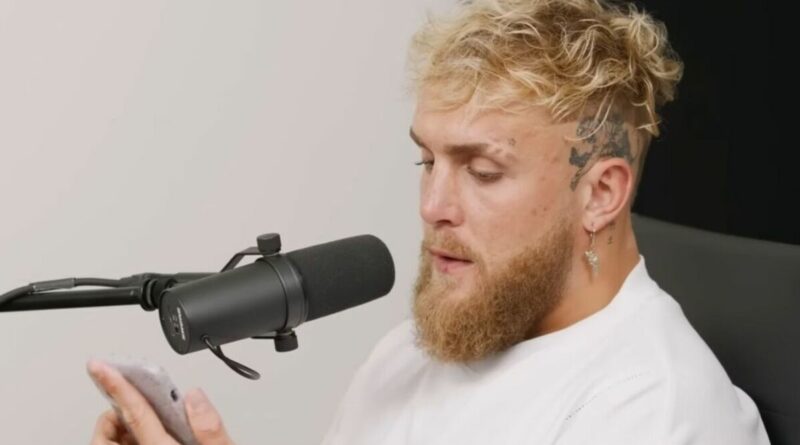 Jake Paul has revealed that he personally reached out to Tommy Fury after sending him a contract offer for a third attempt at making their fight but received no response.

Last week, Paul tweeted that he had sent Fury a seven-figure contract offer which is six times more lucrative than his last payday against Rolly Lambert on the Floyd Mayweather vs Deji undercard in Dubai. According to reports from YouTube commentator Wade Plem, the contract states that TNT will be paid £1.6million ($2million) for the contest.

However, Fury has not responded as of yet. A frustrated Paul decided to quicken up the process by sliding into the Brit’s DMs but claims he was blanked for his efforts.

Speaking on Anthony Pompliano’s podcast, he said: “Even now Tommy Fury is creating all these smoke and mirrors and he’s ducking. He wouldn’t respond to my DM. I sent him a DM like, ‘Yo, you have the offer in your inbox, like let’s make this fight happen for the fans.’ He hasn’t even opened it.”

Paul went on to pull out his phone and read the alleged social media message out loud.

“I’m sending you an offer tomorrow, we’re either going to do this or move on for good as the fans are fed up,” he added.

“Look at the comments on your tweets this was a big fight and now it’s on the edge of being irrelevant. Your dad claims you want this, you say you want this, and I want this, so sign up.”

The pair have been booked to face each other twice to no avail. In December ahead of their first fight date, Fury pulled out with a broken rib. Then, eight months later the bout agreement was terminated when Fury was denied entry to the United States – where the fight was due to take place.

Following Fury’s recent exhibition contest against Lambert, Tommy and father John both urged Paul to put pen to paper on a new deal for February in the United Kingdom. Paul accepted the terms but allegedly didn’t receive an official offer so took it upon himself to send one of his own.