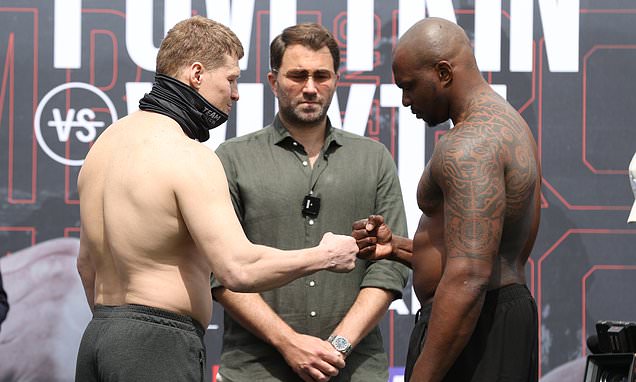 Alexander Povetkin vs Dillian Whyte 2 LIVE: The Body Snatcher eyes revenge against Russian in heavyweight clash but defeat for Briton in Gibraltar could spell the end of his world title hopes

The Brixton-born boxer was defeated by Povetkin last August in their initial encounter via a fifth-round knockout, despite Whyte flooring the Russian on two occasions earlier in the contest at Eddie Hearn’s fight camp.

But as Whyte prepares for the rematch in Gibraltar this weekend, the Briton knows another defeat to the 41-year-old could spell the end of his world title hopes in the heavyweight boxing scene.

Back to the Whyte vs Povetkin headliner this evening and it’s a big night for the British competitor in this mouth-watering contest.

Whyte needs to win to salvage any hopes of competing in a world heavyweight title clash either this or next year.

Could that challenge be the winner of Anthony Joshua vs Tyson Fury’s double header? Whyte has been very vocal about his chances against the Best of British, as is revealed below…

We’ve just had another undercard result come through… Ted Cheeseman has beaten JJ Metcalf via an 11th round stoppage to win the vacant British light-middleweight title.

Billed as one of the fights of the night, the contest certainly delivered and the Gibraltar crowd gave a standing ovation to both fighters in a gruelling contest…

Right, while we wait for the ring walk to start, let’s catch up with what’s been happening so far in the Whyte-Povetkin undercard.

It was a big night for the Hatton family as 20-year-old Campbell, son of boxing icon Ricky, made his professional debut this Saturday night.

And the youngster did what he came out to do – get a 1-0 record on the board – by beating Jesus Ruiz on points in a four-round clash.

There was also a win for Michael McKinson WBO global welterweight title, as the Portsmouth boxer defeated Chris Kongo on points.

From the bookies’ numbers to the big-fight numbers. How do these two weigh-up compared to last August’s encounter?

Well Dillian Whyte is five pounds lighter than last August’s contest – but is still has a one stone advantage over Alexander Povetkin in Gibraltar this evening?

How much of an impact will that have on the outcome?

Will the fight go the distance?

These two fighters last met around seven months ago in one of the first heavyweight clashes after the coronavirus hiatus last year – and boy was it worth the wait.

Whyte floored Povetkin twice and the Russian looked down and out. The Brixton-born boxer had won every single round until a damning stroke of genius by Povetkin.

The Russian produced a devastating left-hand uppercut to immediately end the fight. Whyte was left stunned while Povetkin reassured boxing fans that retirement was not an option.

What happens in this fight, however, is anyone’s guess. 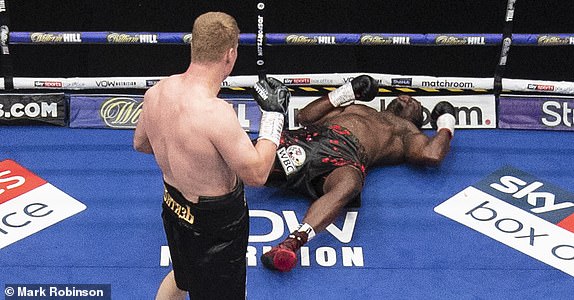 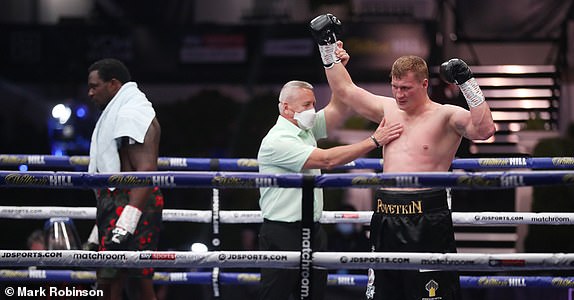 Dillian Whyte is a man on the edge. The Briton takes on Alexander Povetkin tonight knowing that defeat will leave his world heavyweight title hopes in tatters.

If this evening’s rematch is anything like last August’s initial encounter, which Povetkin won via a fifth-round knockout – then we are in for a treat.

The ring walk is expected around 10.30pm tonight. The drama is expected to last for a while. The consequences could be career ending.

We’ve got live coverage of this evening’s headline fight in Gibraltar coming your way throughout the night. 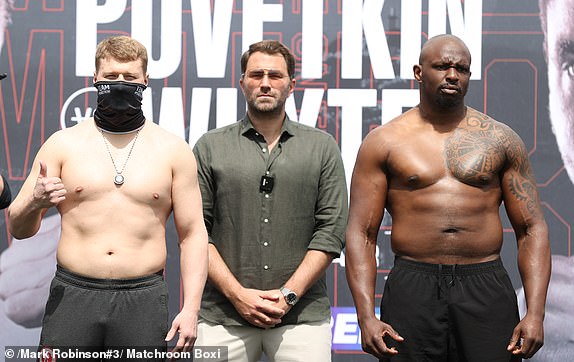