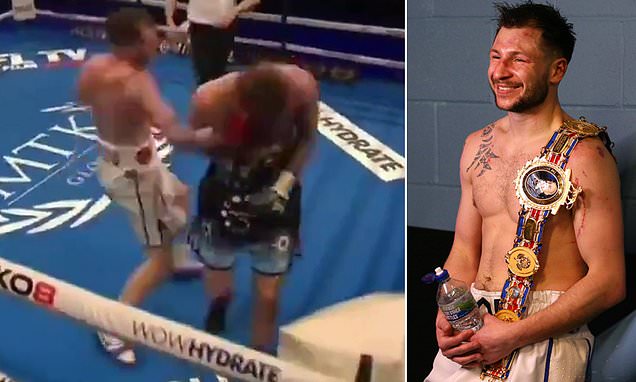 The 31-year-old secured an eighth-round knockout victory over Hyland on the MTK Fight Night undercard after referee Lyson confused the pair in a peculiar sequence of events.

Hughes had bulldozed through Hyland’s defence with a series of crippling body shots, leaving him doubled over in pain in the centre of the ring. 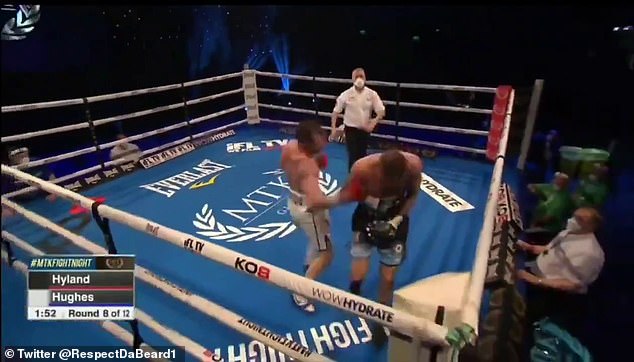 Lyson launched himself between the two rivals, with Hyland interpreting that gesture to mean that he was calling a knockdown and began to stumble back to his own corner.

However, the referee waved his arms together to indicate that he was not recording a knockdown, with a confused Hughes dashing over to the far corner to finish Hyland with a flurry of devastating blows that floored the stunned fighter and left the contest beyond any doubt.

The manner of the victory leaves a bittersweet taste for Hughes, who has enjoyed a fantastic run of form since lockdown, stringing together three wins that has seen him clinch the Lonsdale belt. 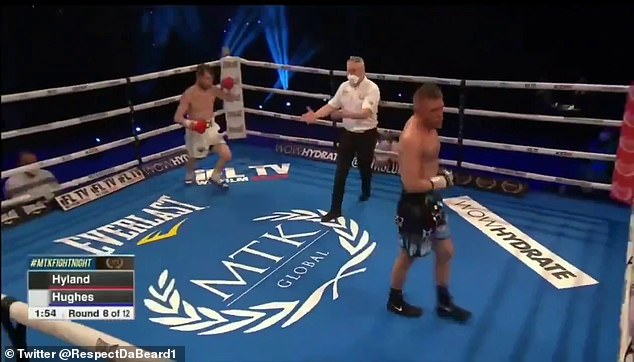 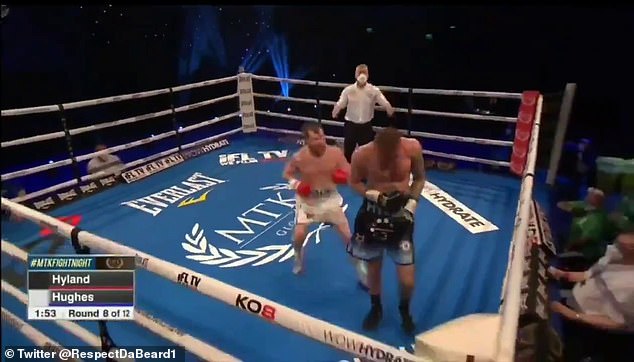 However, Lyson let the fight continue as Hughes launched himself at his defenceless rival 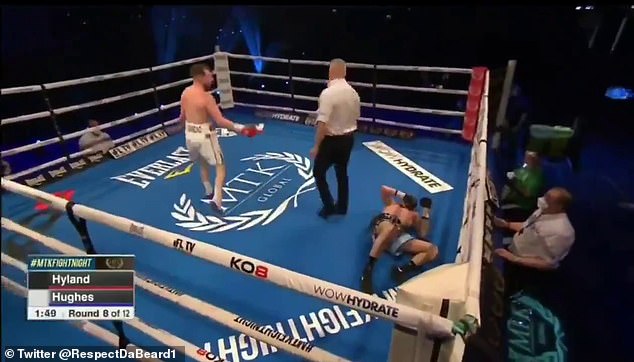 ‘Coming into the fight it was always our plan to target the body,’ Hughes told iFL TV.

‘He [Hyland] looked susceptible to the body. It was working all the time. The finish I caught him with the bodyshot, he dipped and half turned, I stepped back because I thought that’s what the ref said.

‘He [Hyland] then turned his back and I looked in the referee’s eye to say “are you stopping it or are we carrying on?” and he said “box on”.

‘He came to the dressing room before the fight and said defend yourself at all times. Paul turned his back which you should not do and I did what I had to do.’

In the main event, Lee McGregor won the European bantamweight title after a sensational first round stoppage of Karim Guerfi. 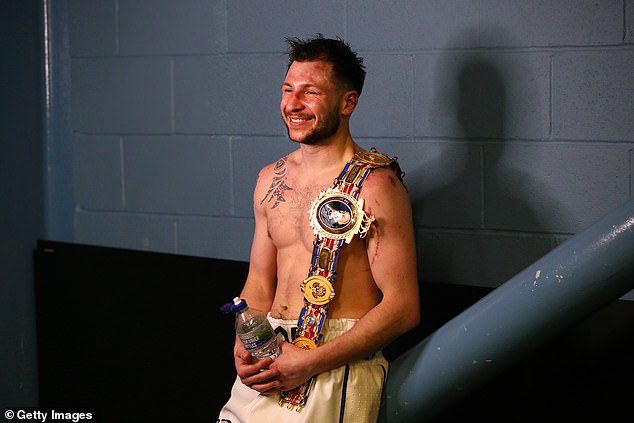