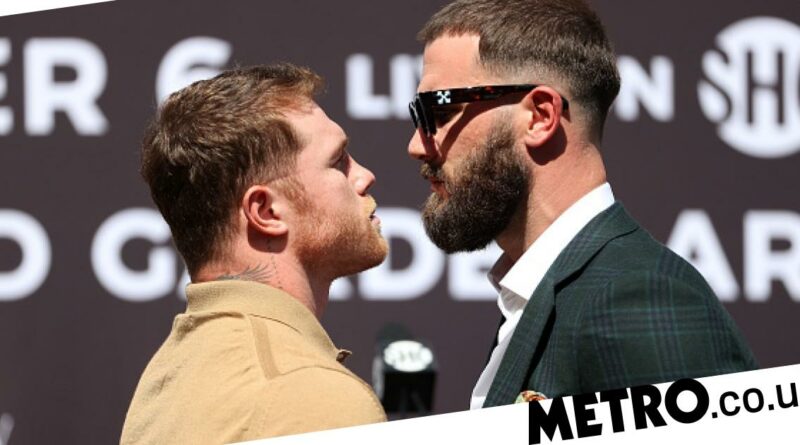 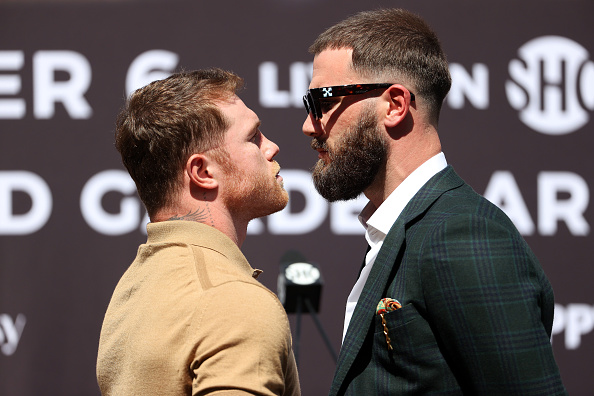 In his latest column with Metro.co.uk, the British boxing legend previews the super-middleweight unification showdown as Hannah Rankin fights for two world titles on Fightzone.

Plant has the skill, but not the power

There is no doubt anymore that Saul ‘Canelo’ Alvarez is the pound-for-pound best. It is hard to even consider the possibility of anyone beating him at the moment. When you look back at his performance against Floyd Mayweather in 2013 when he didn’t even win a round, Floyd in many ways made him the fighter he is today. People say a loss can make or break you, well it certainly made him.

But I think Caleb Plant is one of the trickiest opponents Canelo will have faced. We all know the quality of Callum Smith and Billy Joe Saunders, but Plant looks the most similar in style to Mayweather, I think. He drops low, he shoulder rolls, he has very good movement. if you look at him stylistically, you can argue he is the closest Canelo will have fought to someone like Floyd.

The key thing though is how much Canelo has improved since that fight. His strength, his boxing IQ, everything is on another level. Even though I think Caleb Plant is a very good opponent, I still think Canelo will be too much for him. He’s got the movement and the elusiveness, but whether he has got the firepower to hold him of is another question.

Ultimately, you’ve got to make Canelo miss, but you’ve also got to hit him hard and stop him walking all over you. Plant has got the style but I don’t think he has the firepower. I think he will have a few good rounds earlier on but as soon as Canelo gets to grips with him, I see the stoppage coming in the eighth round.

I think it will be a mirror image of the Saunders fight. It is one think making him miss but stopping him from coming forward is completely different. You’ve got to stop him in his tracks and make him weary. Does plant possess that power? I don’t think so.

Two world titles on the line on Fightzone

A huge night for Fightzone is here. It’s one of their biggest nights to date with Hannah Rankin taking on Maria Lindberg for the WBA and IBO super-welterweight titles in London. It should be a cracking fight and credit to Dennis Hobson once again for delivering a fight with not one, but two world titles on the line.

Lindberg is the more experienced of the two and it might be last chance saloon territory for her, so she will come all guns blazing. Hannah has shared the ring with the likes of Claressa Shields and Savannah Marshall and might have to put on a career-best display tonight.

Both are former world champions and I am sure it is going be another really competitive fight, as so many titles fights in the women’s ranks have been lately. Hopefully Hannah can find the win and keep the belts in the UK.

There is plenty more action on the card too with Michael Gomez Jr back in the ring. He’s racked up two wins since the summer but he’s had a frustrating time with it with his proposed fight with Kane Salvin falling through more than once.

He is a confident boy though and has promised he will deliver in this fight against Sufyaan Ahmed with the Central Area super-featherweight title for grabs. It is the first step on the ladder as far as titles are concerned, it is where you want to start. Get your area title, then move onto English and towards the British. Michael Jr has all the attributes to do that and make his mark like his dad.

What next for Canelo?

Canelo can unify the super-middleweight division here and it is incredible to think he is only 30. I think he will go down as the greatest Mexican fighter of all time and I’ve got a feeling he will vacate the belts soon after and move back up to light-heavyweight.

Because of his ability, he will win more world titles there. He is not as big as the lads up there but with his defensive skills and his punching power, he will cope with it. There is nothing more for him at super-middle and I don’t think there is a chance of him retiring at 30. The only thing he will want to do is do it all again at another weight.

With the division changing so much, Zach Parker could be the new face of British boxing at 168lbs. Marcus Morrison is a tough fight for him this Saturday, though. Marcus is a friend of mine, I’ve known him since he was a little kid but ultimately it might be a big ask. Marcus has shown his capabilities but Zach will be the favourite and if he wins that, he will surely get that mandatory shot at the WBO belt title next year.

Personally, I think Canelo will vacate that belt if he wins this weekend. This is no disrespect to Zach, but I’m just not sure he is a big enough name for Canelo at the moment – I think the TV people involved in the US will ask for a bigger name.

But that could be the best move for all involved. Zach has proven his worth and shown he deserves to be in that world title picture. So if Canelo does moves up, it leaves Zach in the perfect position to win that WBO belt and become Great Britain’s newest world champion.

I remember years ago there was an instance where the no1 contender was a guy called Souleymane M’baye for my IBF title. But the TV companies weren’t interested in that and wanted me to fight José Luis Castillo. So I vacated the IBF title to fight Castillo for the IBO belt. Sometimes that’s just how it works. I’m not sure Zach is that big name on the world stage just yet but he certainly could be one day.

As far as Canelo coming over to the UK to fight is concerned, Chris Eubank Jr could be an interesting one. He has been making waves on the fringe world scene for a while and he is very charismatic like his old man and carries that name. If there is to be a fight in the UK, now that Canelo has already beaten Billy Joe and Callum, I think he is the only one right now.

That is no disrespect to Zach – I think he beats Eubank Jr. But is Zach a bigger name yet on the world scene? Probably not. If anyone is going is going to get juices flowing for a big UK fight against Canelo next year, it would have to be Eubank Jr. I’m putting my manager and promoter’s hat on here, but I think that would be the most likely option.

Zach has huge fights ahead of him, though, his chance will come. Fighting for that WBO belt if Canelo vacates is the best move for him, he will get there. It might not be against Canelo but he will get his chance very soon. He is in a wonderful position.

Get all the Fightzone action – visit www.fightzone.uk to subscribe

Oliver McCall: The boxer who beat Lennox Lewis 25 years ago – and is still fighting aged 54