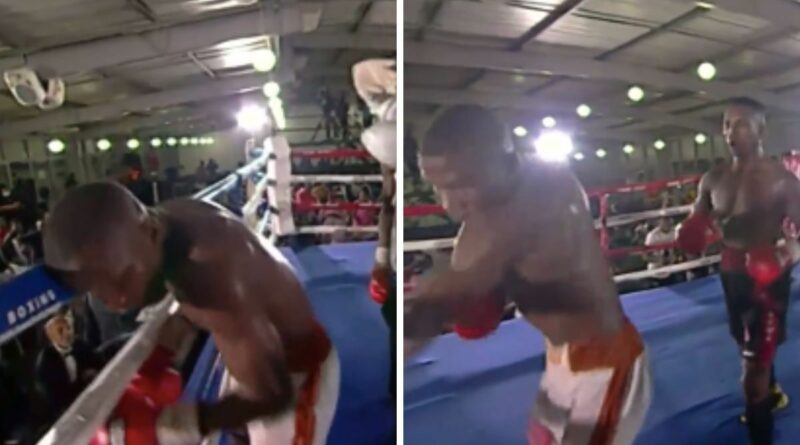 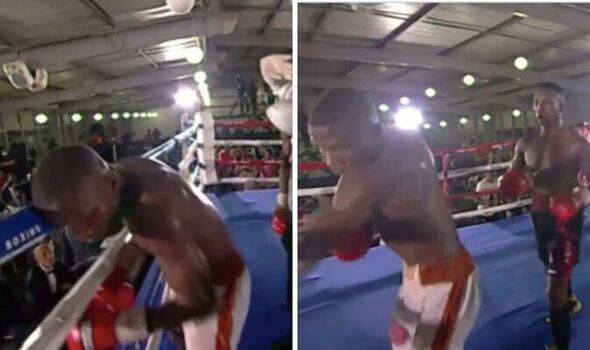 South African boxer Simiso Buthelezi has tragically passed away in hospital after suffering a bleed on the brain that was only discovered when the fighter threw punches at thin air. With just moments to go in the 10th and final round of the World Boxing Federation African Light title contest, Buthelezi became dazed after knocking his opponent Siphesihle Mntungwa through the ropes.

When his rival returned to his feet to fight on, Buthelezi scarily began to box an invisible opponent over the other side of the ring after initially stalking down the referee.

The incident raised immediate concerns for Buthelezi’s welfare as the man in the middle called a halt to the contest.

Buthelezi collapsed shortly after the incident and was taken into the care of paramedics for extensive medical checks.

He was soon admitted to hospital, however, where he was later placed into a coma after a bleed on the brain was tragically discovered.

Sadly, Boxing South Africa have now confirmed the passing of Buthelezi in a devastating blow for the sport.

A media statement read: “It is with great sadness for Boxing South Africa and the Buthelezi family to announce the passing away of Mr. Simiso Buthelezi who passed away last night on the 7th June 2022 at hospital in Durban.

“On the 5th June 2022 Mr. Buthelezi participated in a Boxing Tournament hosted by Starline Boxing Promotions at Greyville, Durban.

“Towards the end of his doubt,Mr, Buthelezi collapsed and was taken to hospital and it was discord that he suffered a brain injury which resulted in internal bleeding. At the hospital, Mr. Buthelezi was given the best care possible but he however succumbed to the injury as aforesaid.

“Boxing South Africa will conduct an independent medical review of the injury and will make public the results of the medical review.

“The Buthelezi family and Boxing South Africa acknowledges warm words of condolences of the Minister of Sport, Arts and Culture.

Buthelezi made his professional debut in December 2019 and went onto win four of his five bouts.