DeGale is set to retire after lost his IBO World Super Middleweight title fight with Eubank Jr on Saturday on points.

The Brit failed to impress in a one-sided 12 round battle, as he was knocked down twice in the fight shown on ITV Box Office.

And Matchroom Boxing head honcho Hearn and Smith were less than complimentary in their assessment.

The pair were waiting for Anthony Joshua to arrive for his press conference ahead of his upcoming fight with Jarrell Miller.

But little did they know despite the delay the Sky Sports cameras were providing live footage to almost 20,000 punters on Youtube.

Hearn had been interested in promoting the DeGale vs Eubank Jr fight through Matchroom Boxing and began the conversation by saying: “Thank God we didn’t do that Saturday, we would have got rinsed.”

Hearn then criticised the event, complaining: “It was so bad.”

Before Smith tore into DeGale’s performance at London’s O2 Arena: “It was terrible, I didn’t realise how bad he’d be, DeGale.”

Along with Hearn and Smith’s conversation, the cameras picked up on heavyweight Miller looking incredibly bored.

Sky Sports have made the live stream available to replay on YouTube after the event.

"I’m going to have to go back and watch it. I just didn’t do enough.

"I just didn’t do enough. I’m going to go back, talk to my team, my family, but I’m pretty sure. I’ve been to the heights in boxing, I’m the history man; if I call it a day now, that’s nice." 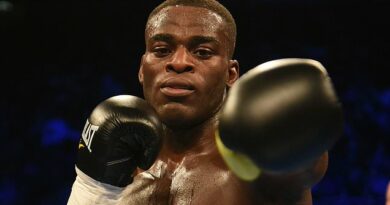 Light-heavyweight rivals Buatsi and Richards WILL meet in May 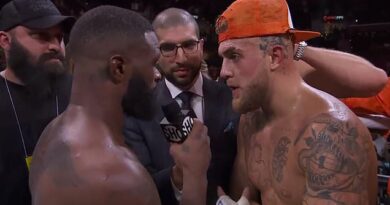