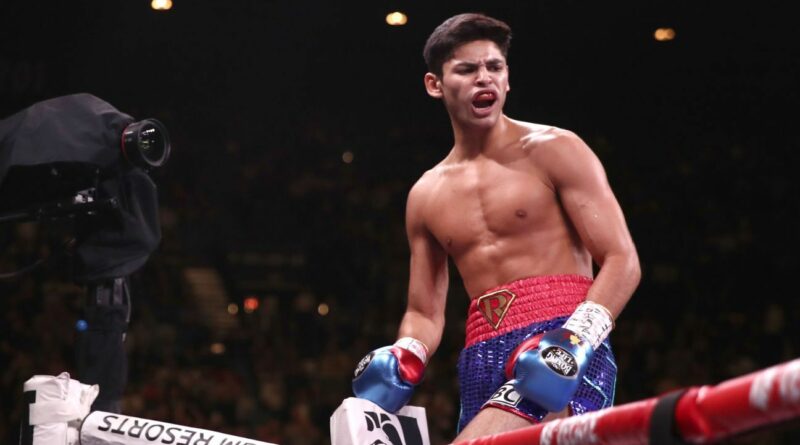 Ryan Garcia and Javier Fortuna will meet in the ring after all.

The fighters have agreed to a deal for a 135-pound fight on July 16 at Crypto.com Arena in Los Angeles on DAZN, sources told ESPN.

Garcia and Fortuna were set to fight last July, but Garcia withdrew to address his mental health. The star boxer was then lined up to fight Joseph Diaz Jr. in November 2021 but was forced to pull out after he suffered a wrist injury that required surgery.

The 23-year-old from Southern California finally returned in April with a unanimous-decision win over Emmanuel Tagoe, and was ringside Saturday in Brooklyn to call out Gervonta Davis after Davis’ sixth-round TKO of Rolando Romero.

But first, Garcia is set for perhaps the toughest assignment of his career, even if Fortuna isn’t on Davis’ level (though Fortuna is ESPN’s No. 10 lightweight). The 33-year-old Dominican boxer shapes up as a second world-class opponent in three fights for Garcia after a seventh-round TKO of Luke Campbell in January 2021.

Fortuna (37-3-1, 26 KOs) possesses a powerful left hand and an aggressive, free-swinging style, but he’s coming off a clear decision defeat to Diaz in July. Fortuna bounced back in February with a stay-busy first-round KO and now lands the fight he’s been lobbying for.

“Ryan Garcia should take this fight very seriously and train properly because he will be facing, by far, the best fighter of his career,” Fortuna said last April before the July 2021 bout was cancelled.

“Hopefully on fight night, there will be no excuses for his loss. … I have too much of everything for Ryan Garcia. His [win over Campbell] showed how easy he is to hit. And his power won’t mean anything to me. But mine will put him to sleep.”

If Garcia, ESPN’s No. 6 lightweight, can push past Fortuna, a fight with “Tank” Davis is among the biggest in all of boxing.