Tony Bellew will be up against it when he takes on Oleksandr Usyk, according to a mutual sparring partner.

The Ukrainian’s four world cruiserweight titles will be on the line when he takes on Bellew in Manchester on November 10.

And Mikael Lawal, who has helped both prepare in the past, admitted Usyk taught him a lesson.

"From what I’ve seen, from what I’ve experienced, I would say Usyk does have a bit of the upper hand,” he told IFL TV .

“But, at the same time, I’m not going to put Bellew down because I’ve done that in the past against David Haye.

"I’ve sparred both guys and, I’m going to lie to you, when I sparred Usyk there definitely was a lot of schooling.

"I did get used to it but, at the same time, I think because he was a southpaw it was a bit harder for me.

"So when I sparred Bellew… he’s actually got a bit of a punch as well so I don’t think a lot of people know that.

"Tony has got a lot of experience so I’m not sure how he’s going to deal with that. He will probably deal with it a lot differently."

Bellew meanwhile accepts he is the underdog – but insists he has nothing to fear.

"I’m going into this fight with absolutely nothing to lose because the whole world thinks I’m going to get smashed," he told Sky Sports.

"There is no greater test than Oleksandr Usyk, one of the most feared men in boxing.

"I have everything to gain. On November 10, I’m going to do something that no-one has ever done before – I’m going to knock out an undisputed cruiserweight champion of the world."

Who wins this one? 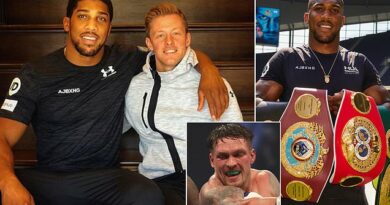 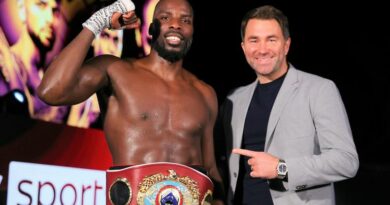