Home » Boxing » Spelman opens up on tragic death of Westgarth

‘He’ll be a part of everything I do’: Boxer Dec Spelman opens up on death of opponent Scott Westgarth and talks about the close bond with his family

The obvious thing for Dec Spelman to have done given the tragic consequences of his last competitive fight was for the light-heavyweight to quit the sport.

Boxing delivered another brutal storyline when the winner that night in Doncaster last February, Scott Westgarth, collapsed after 10 rounds with Spelman and died the following day from his injuries.

Spelman turned 26 a week after the bout, struggling to come to terms with his sudden notoriety, TV cameras outside his door, social media trolls and, most of all, the devastation that had befallen the Westgarth family. 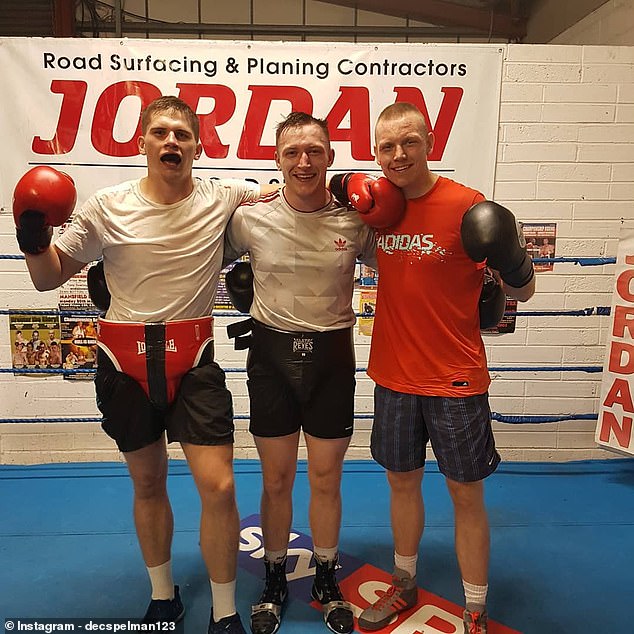 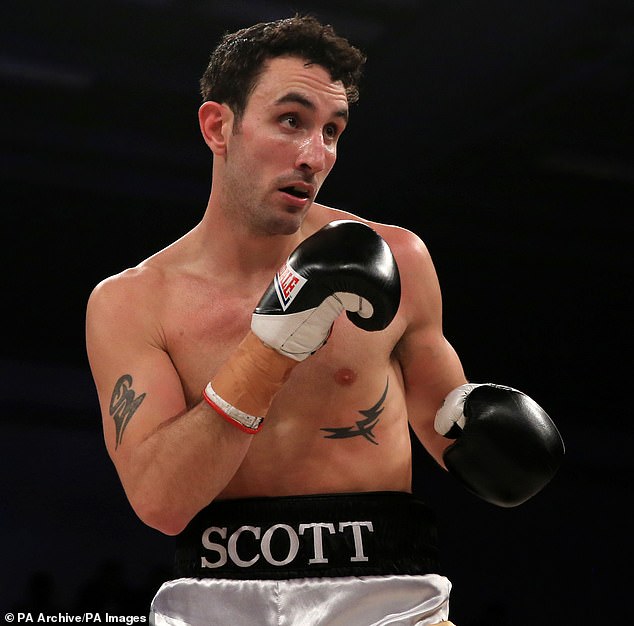 Spelman had a girlfriend, Gemma, and a young son, Rogan, at home in Scunthorpe. It was his day job in a factory, rather than fighting, that paid his mortgage.

Although that English title eliminator had brought his first defeat as a professional, why carry on with boxing?

‘I did ask myself that question,’ said Spelman, who competes again at the Indigo O2 next month.

‘Lots of things were going through my head. But I spoke to family, my coach and to Scott’s family as well, his dad John and brother Adam.

‘It’s a boxing family. Scott’s dad was a good boxer back in the day. They understand the game and I was lucky from that point of view. It could have gone a whole lot worse and been the complete opposite.’

Spelman had a four-rounder in Worksop in June, with Adam Westgarth supporting from ringside. ‘How hard must that have been for him?’ he asks.

He had Scott’s name on his shorts, as he will when he returns to the ring in the Ultimate Boxxer series in London on November 2.

Spelman is looking ahead, but he won’t forget that night. ‘It was a war of attrition, a real tough fight for us both and we both wanted it so bad.

‘And yet, from knowing now what kind of a person Scott was, because I met up with the family, and got to know the person and not just the opponent, it was the kind of fight he’d have loved. 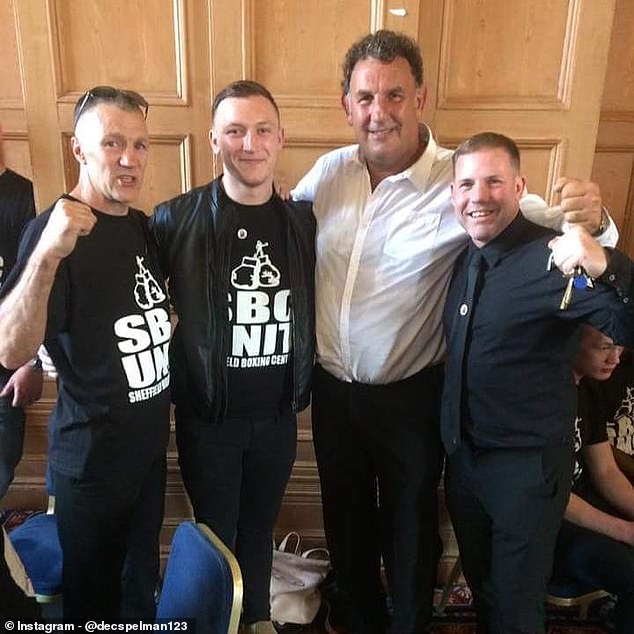 ‘I got put down for the first time in my career with a short, chopping right hand in the third round. There was not much in it until then.

‘He maybe took over from that point and hurt me in the middle rounds but as I came into the later rounds I started to get a second wind and I came on very strong and ended up putting Scott down in the last, the 10th.

‘In that last round I knew I had to put it all out there if I wanted any chance of getting the win. I needed a stoppage if possible and so we both put it on the line in that last round.

‘Maybe the damage was done before then — people have said that — but we’ll never know will we?

‘In the end we came together and I said “Brilliant fight, great to be a part of it”. I knew it was going to be close. As it happened on the scorecards he got it quite wide.

‘I didn’t have any argument with him winning it. He put a great display on. They only gave me two or three rounds in the whole fight I think.

‘They raised his hands I congratulated him and his team, there was no bad feelings or anything. I was happy for the guy, fair play to him.’

The pair were interviewed after the fight and Westgarth can be seen wincing in pain.

‘I could see he was struggling,’ adds Spelman. ‘He was being held up and was very unsteady on his feet.

‘He came down to the ring apron and he seemed fine and was talking well but as he was standing up there was a man either side holding him.

‘I was in my changing room and his dad came in and said Scott wasn’t doing too well.

‘Later he came out on a stretcher. He was on gas and air but he didn’t look too alarmed, a bit dazed after a fight, no worse really, and I said “All the best”, gave him a kiss and said “Speak soon, recover quick”. 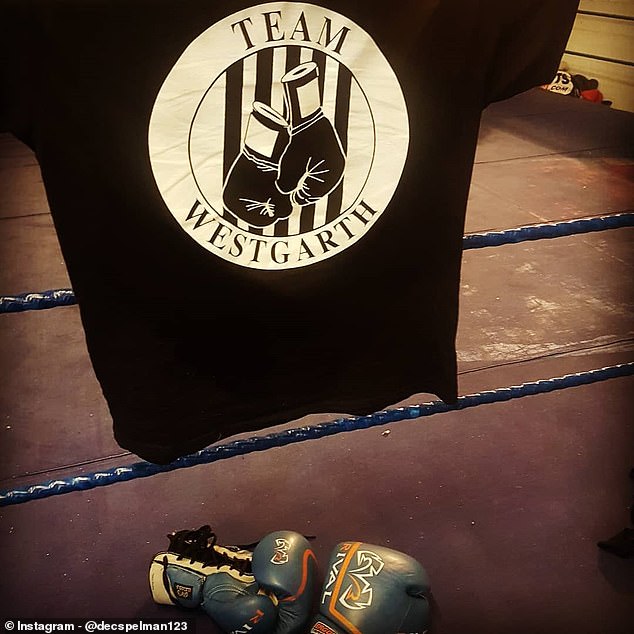 ‘I woke up to the news the next day that he was in a bad way and further to that that he had passed. My mum told me. It was devastating.’

He said at the time that Scott’s death was on his mind as he went to sleep and again when he woke up. ‘It still is,’ he says.

‘But I need to show it in a positive light now. I’ve got Scott’s name on my shorts which I’ll wear from now on and I’ll just put his name out there.

‘Whatever I go on to do he was capable of doing. He’ll be a part of whatever I do.’ 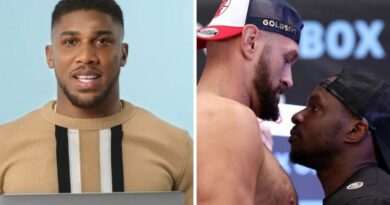 Anthony Joshua net worth as heavyweight takes earnings over £100m