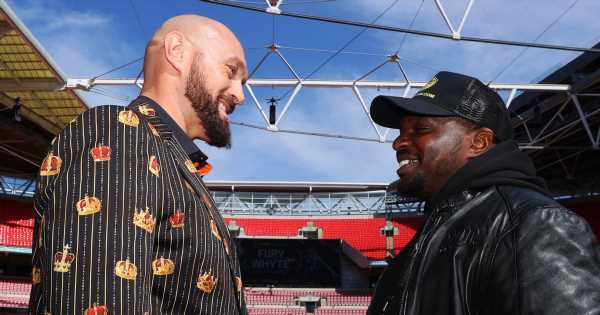 The winner of the highly-anticipated WBC title clash between Tyson Fury and Dillian Whyte has been decided by a supercomputer – and it is encouraging news for the Gypsy King as he defends his belt.

After years of patiently waiting for his world title opportunity, Whyte faces the undefeated Fury for the WBC title on Saturday in front of a sold-out Wembley Stadium. Fury is the heavy favourite to retain his belt, with many expecting him to do it via stoppage inside the 12 rounds.

The Sport Index’s engine uses numbers to analyse the two fighters and predict when the win will come – with the machine deciding Fury will come out on top in the 26th minute. This would mean a ninth-round win for the Gypsy King on Saturday.

It would be the perfect send-off for Fury, who has suggested he will step away from his public life and retire from boxing ‘win, lose, or draw’. The 33-year-old said: “I’m happy to go back to Morecambe and be left alone.

“I’m gonna delete my Instagram, I'm getting away from being a 'star’. I want to be left alone to live my normal little life, pathetic life I live in Morecambe Bay – going to school, taking out the bins, getting a haircut, valeting the car, going out once a week and training every day.

“Win, lose or draw on Saturday night they'll be no more fights.”

Fury hasn’t fought since he retained his title against Deontay Wilder in their epic grudge trilogy match in October 2021. The 33-year-old will be fighting in the UK for the first time since he defeated Francesco Pianeta in 2018.

Across his professional boxing career, Fury has compiled a record of 31 wins and one draw – the controversial draw against Wilder in their first bout – while he is yet to lose since turning professional in 2008. Thanks to sensational wins like his pair of victories over Wilder, the Gypsy King is considered by many to be the best fighter in the heavyweight division.

It means the 33-year-old is the heavy favourite to retain his WBC title on Saturday, although Whyte will be no slouch. The Brit has a record of 28-2 that includes 19 knockouts, showcasing his tremendous power.

When do you think Tyson Fury will defeat Dillian Whyte inside the 12 rounds? Let us know in the comments section.


Whyte has waited patiently for his chance to fight for the WBC belt as he was the mandatory challenger to Wilder in 2018 only to see the Bronze Bomber opt to take on Fury in what became a trilogy. The 34-year-old comes into the fight after recently avenging his defeat against Alexander Povetkin, comfortably crushing the Russian in four rounds after being knocked out seven months earlier.

On Wednesday, the two Brits went face-to-face for the first time ahead of their bout. Fury’s dad John almost started a brawl by confronting members of Whyte’s team, but the two fighters managed to settle tensions.

Fury vs AJ would be as big as 1966 World Cup final win, says Warren 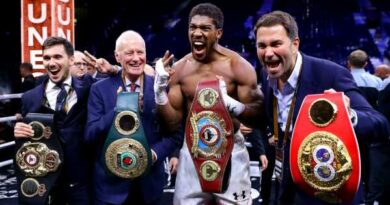