Ted Cheeseman defeated Sam Eggington on points to claim the IBF international super-welterweight title after a brutal headline contest at the opening ‘Fight Camp’ card in Brentwood on Saturday.

Promoter Eddie Hearn had opened up the doors of Matchroom’s Essex headquarters, which was once the family home, to help get live boxing back in the UK amid the coronavirus pandemic.

While there might have been no fans at the open-air venue, there were plenty of fireworks – both out of and inside the ring – as fighters got down to business.

All competitors had tested negative for coronavirus upon their arrival near the venue, and followed stringent measures put in place that included training and staying at a nearby hotel, which they were not allowed to leave until fight night.

After the main event got under way as the ring-walk pyrotechnics lit up the Saturday night sky, Bermondsey fighter Cheeseman landed a firm right during the second round which rocked the champion, who steadied himself to recover.w

Cheeseman – who lost the British Superwelterweight title fight against Scott Fitzgerald last year – continued on the front foot during the early rounds as Eggington took a number of body shots, before the Stourbridge boxer then went on the offensive, landing a strong left hook.

In the sixth, both men continued to trade blows before Eggington’s right-hand accuracy began to pay dividends, as a rattled Cheeseman needed treatment for a cut at the end of the seventh.

It remained a brutal contest as the fighters matched up heading into the closing stages, with Eggington’s eye also starting to swell.

Despite a brutal final round that had Cheeseman rocking before a recovery, neither man could find a finish to what had been a well-matched contest, so it went to the judges scorecards with the unanimous decision 116-113, 116-113, 115-114 for Cheeseman. 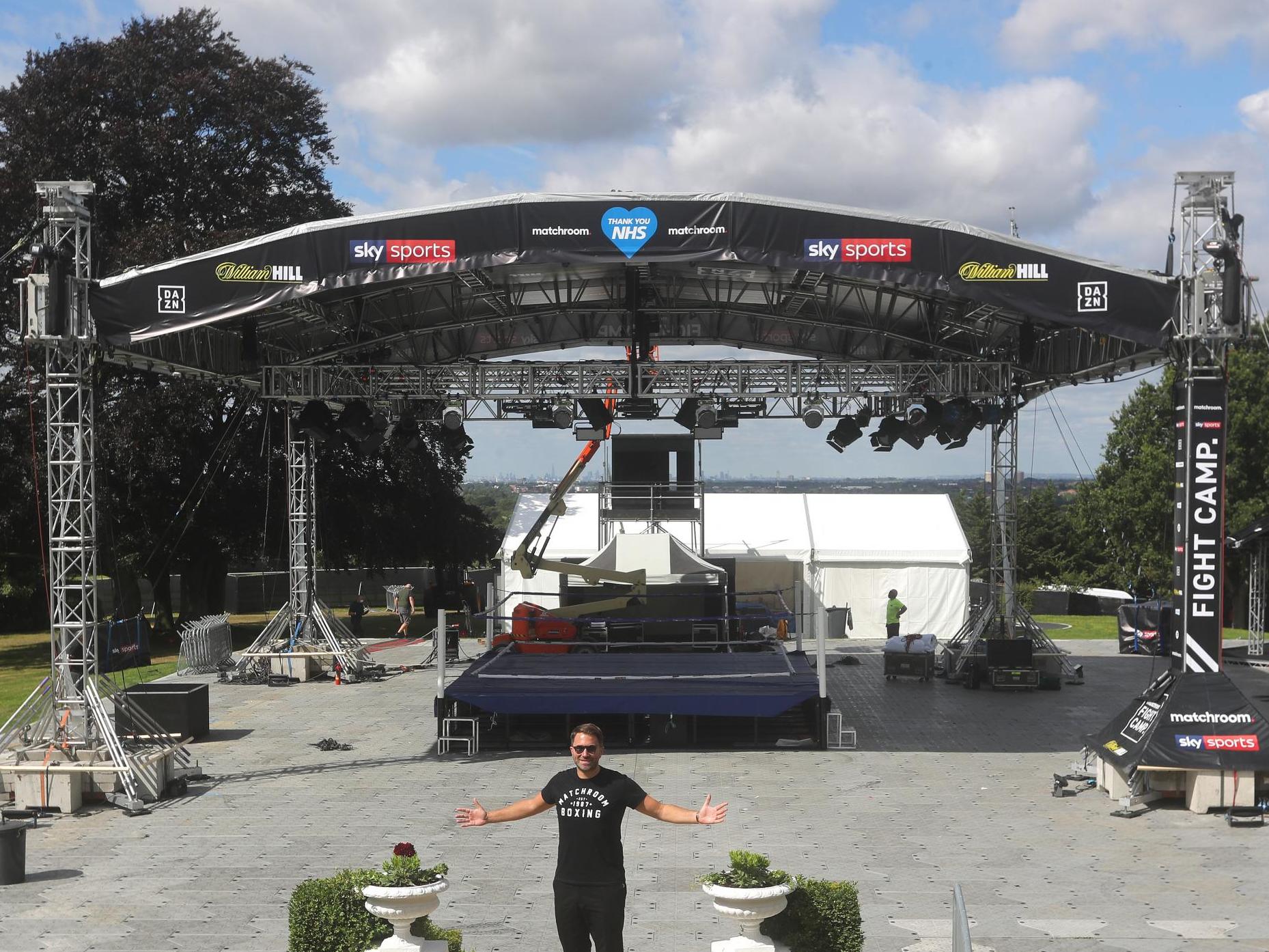 Speaking after his sixth-round stoppage, Tennyson said on Sky Sports: “It means everything. I stuck to the plan and was patient.”

Heavyweight Fabio Wardley saw off Simon Vallily in the third round to land the vacant English title.

Vallily, who had moved up to the division, was caught by a left-hook before Wardley finished the contest with a flowing combination to settle the war of words between the pair that had dominated the build-up.

Wardley, schooled by Dillian Whyte and holding experience as a sparring partner with Oleksandr Usyk, extended his unbeaten professional record to nine fights.

“I’m massively humbled and grateful,” Wardley said afterwards. “Near on punch perfect, I think I did pretty well.”

Featherweight Jordan Gill secured a points win over Reece Bellotti, who suffered a cut over his right eye during the sixth round.

Gill, who had suffered after a shock defeat to Mario Enrique Tinoco during May last year, claimed a unanimous decision, with scores of 97-93, 97-93 and 96-95.

In the light-welterweight contest, Dalton Smith recorded a knock-out win over Nathan Bennett, landing a big right hand during the fifth round.

Boxing news: Anthony Joshua rematch worry – ‘I don’t know how he’d come back from that’