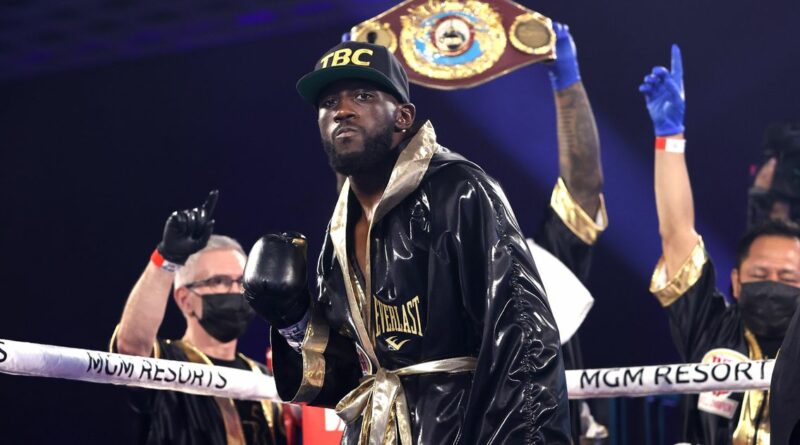 Terence Crawford wants to be an all-time great. Now it’s time for him to do something great to achieve that status.

The Omaha switch-hitter is one of the best fighters on the planet. He was undisputed ruler at light-welterweight and now he’s also a world champion at 10st 7lb.

This weekend he takes on former world champion Shawn Porter in a mandatory defence of his WBO welterweight title.

It is an exciting fight, a chance for the Top Rank promoted star to finally face one of the bigger names in the division.

None of them carry the status needed for him to stake a claim to be pound-for-pound king of the sport.

Khan and Brook were well past their best when he easily destroyed the two Brits.

But Porter, even though he has a loss to Brook on his record, poses more of a threat.

It is not the glittering win Crawford needs, but it is a start.

“I want to be remembered as one of the greats – one of the ones that was on top and set a perfect example for the next group coming up behind me,” said Crawford.

“I want them to look up and say 'oh man, Terence Crawford was one of those great fighters'.”

But to do that he must put on a spectacular show in Las Vegas this weekend. Porter pushed Errol Spence Jnr all the way in 2019.

Crawford must beat him more comfortably. That won’t be easy but he needs to do it in order to put pressure on WBC and IBF champion Spence to face him in a unification clash.

The American star has spent years searching for big-name opponents including the recently-retired Manny Pacquiao.

But for boxing politics it may have happened already. There can’t be more excuses now, though.

Spence is managed by Al Haymon, he is with Premier Boxing Champions. They’re bitter rivals with Top Rank.

But with Tyson Fury’s second two fights with Deontay Wilder it has been proven they can work together.

While Porter is also with PBC, he forced this fight as a mandatory but again it shows they can all work together.

If Crawford beats Porter, Spence must be next. Nothing else at welterweight matters.

Another fight, another KO victory for Teofimo Lopez