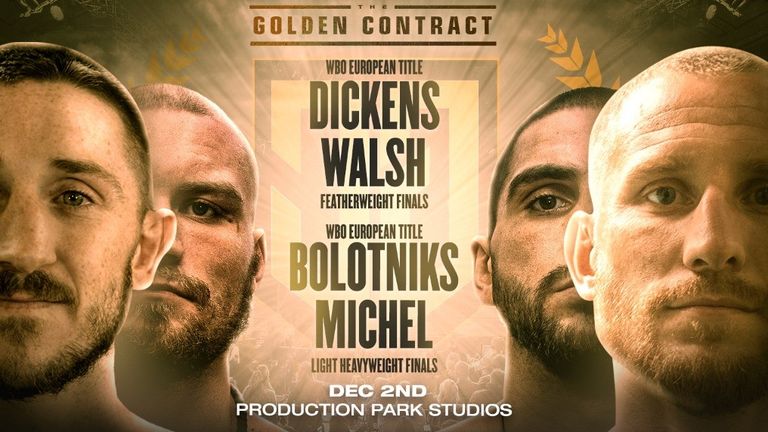 In the rescheduled featherweight final, Dickens will finally take on Walsh after their September showdown was postponed when the Liverpudlian tested positive for Covid-19.

Dickens defeated Leigh Wood by majority decision to move into the final, while Walsh earned a unanimous decision victory over Tyrone McCullagh. 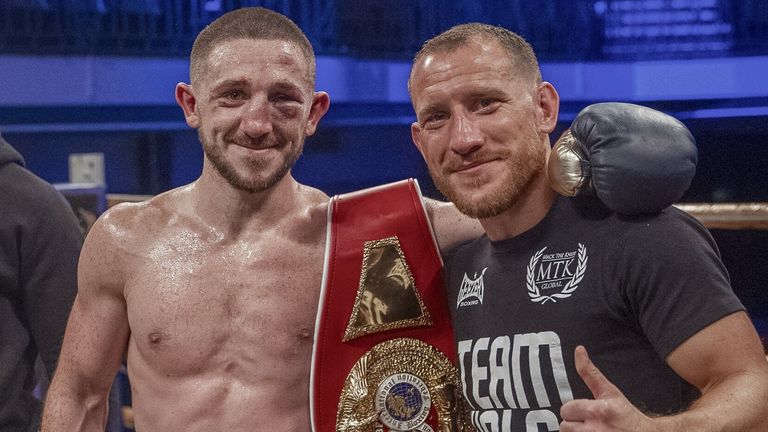 Bolotniks also meets Michel in the light-heavyweight final after they both displayed their punch power in semi-finals wins.

MTK Global Vice-President Jamie Conlan said: “We are finally at the grand conclusion to our Golden Contract tournament.

MICHEL STOPS CONROY! 💥💥💥@bavariansnip lands a big right hand to drop Liam Conroy and then he finishes the fight with an uppercut.

“In the light-heavyweight final we have seen both boxers get better with each progressing round. Both have came in under the radar with Bolotniks beating the tournament favourite Hosea Burton in Latvia.

“Serge Michel then had a tournament best performance by stopping Liam Conroy in destructive fashion. Both have shown this fight can be explosive and end at anytime, so expect fireworks.

“The Ryan Walsh versus Jazza Dickens postponement has only added to the anticipation of what many in the trade are calling a genuine 50-50 and one of the best all-British fights to be on the 2020 schedule. A fight where the winner will be directly in line to fight for a world title.”