Home » Boxing » The good, the bad and the dirty in the week of boxing: From Jacobs’ win to the Charlos’ talking

Here are the highs and lows from the week that was in boxing.

Daniel Jacobs lines himself up for mega fights. Jacobs looked good in a split decision over his former sparring partner, Derevyanchenko, to capture the IBF middleweight belt. He gained a meaningful title, which now signifies his place among the elite at 160 pounds. A bevy of options await him. Jacobs would like to erase his March 2017 loss to Gennady Golovkin in a fight many felt he won. There’s also newly-crowned WBO titleholder Demetrius Andrade. But Jacobs and Andrade are close friends and the former said the only way they’d fight is if it was a significant title bout.

The carrot dangling above the 31-year-old is Canelo Alvarez, who moves to super middleweight in December against WBA champ Rocky Fielding. Win, lose or draw, Alvarez will be moving back down to middleweight in 2019.

Jacobs is in a no-lose situation. Any of those choices are good and would garner a significant payday, but Alvarez would net him the biggest purse of his career and a chance to firmly entrench himself as the best in the division.

Is Regis Prograis the best 140 pound fighter in the world? Prograis made a valid claim in decimating Flanagan. He controlled the action from A to Z and never let Flanagan really get out of the starting line. Flanagan was reluctant to do anything in fear of getting blasted back to England with Prograis’ patent left hand.

The left hand finally dropped Flanagan in eighth round and Prograis cruised the remainder of the way to go 12 rounds for the first time since August 2015.

Prograis still has a tough road ahead in the tournament. He faces WBA champ Kiryl Relikh next and then could face either Josh Taylor, if he gets by Ryan Martin on Saturday, or Ivan Baranchyk in the finals. The path is there for Prograis to attain the throne at 140 pounds now that Terence Crawford has moved up to welterweight.

Charlo brothers need to stop talking and start fighting top contenders. It’s very easy to like Jermell and Jermall Charlo. They are great fighters and are charismatic in their own right. Even the press conference to announce their next fights on Dec. 22 had a unique twist instead of the usual ho-hum press conferences. A coin was flipped to decide who would be headlining the card. Jermall won and will defend his interim WBC middleweight title against former two-time middleweight title challenger, Willie Monroe, while Jermell faces Tony Harrison in the co-feature.

This is where the problem lies. Both want to face the best and continuously ask for it, but yet don’t do it.

For Jermell, people will say the WBC titleholder battered former champion Austin Trout in his last outing in June. No offense to Trout, but he’s past his prime and is nothing more than a gatekeeper at this stage of the game. With IBF and WBA champion Jarrett Hurd still on the mend from an injury, the 28-year-old should be facing either Brian Castano or someone his brother already beat, Julian Williams, instead of Harrison.

In the case of Jermall, he’s in an awkward spot, but one that can be navigated, so he can fight Alvarez, Jacobs or Andrade.

Facing Monroe is nothing more than a stay-busy fight and Charlo should run through him quite easily like Golovkin and Saunders did. But what does it prove? Not a whole lot.

The promotional free agent has said unless Eddie Hearn makes him a highly-lucrative offer than he’s staying with advisor Al Haymon. Talking will only get you so far in boxing and its going to come to the point where people will demand that the Charlo brothers put up or shut up to prove they are among the elite in their respective weight divisions. Will they be willing to take that leap of faith and bet on themselves with or without Haymon and do what’s best for their legacies?

The end of an era is one step closer and it isn’t fair. Watching Saturday’s card on HBO felt like being at a wake. You are there knowing what the end result is going to be and there’s nothing that can be done to stop it. We saw Heather Hardy looking spectacular in beating Shelly Vincent, Alberto Machado looked fantastic in blistering Yuandale Evans and the Jacobs-Derevyanchenko fight was a high-caliber main event at its finest.

These are cards which made HBO what it has been over the last 45 years and yet it is still coming to a close at the end of 2018. Yes, the boxing landscape is fully loaded with content, but there is still a place for HBO. 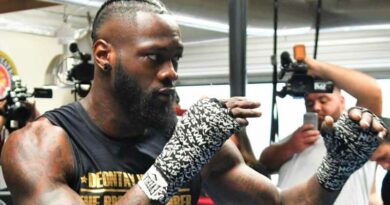