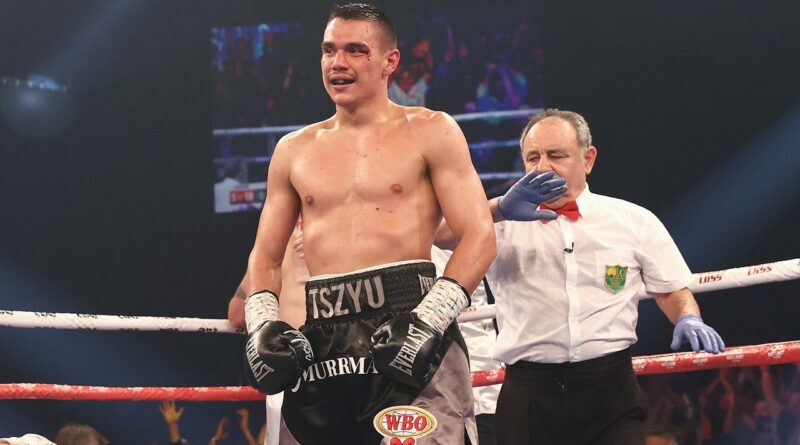 Tim Tszyu has a $1 million offer on the table to fight fellow Australian Michael Zerafa as he weighs up his next move following his latest statement win.

Tszyu beat Dennis Hogan via a fifth-round KO in Newcastle on Wednesday night, unleashing a barrage of sickening body blows that had the fight world raving about boxing’s terrifying “animal”.

Victory over his toughest opponent to date has fuelled talk the son of boxing legend Kostya Tszyu should head overseas and pursue a shot at the super welterweight world title, but some think he still has business to take care of Down Under.

Promoter Brian Amatruda has offered the boxing stud the biggest payday of his career to fight Michael Zerafa, who shot to national prominence by beating Jeff Horn in a bloody brawl last year.

He has made it clear he wants to fight Tszyu next, even confronting the rising star in the middle of Bankwest Stadium after his win over Bowyn Morgan in December.

Tszyu is yet to take the bait, but Amatruda wants that to change.

“Tim is a quality fighter but he just fought a 36-year-old fighter who was coming off a brutal knockout and his second loss in a row. Hogan also had a major injury coming into the fight and at one stage was going to withdraw.

“No discredit to Tim, but he has never fought the likes of Michael Zerafa who is in his prime and fought the best in the world. Not like Tim’s opponents who were just Australians, who whilst quite handy fighters will never be world champions.

“Tim’s talk of a world title is fanciful as the titles are all scheduled elsewhere so why not fight the very best in Australia?

“If Tim thinks he is on a different level then let’s get the fight on and he can have an easy payday!”

Whether that money can sway Tszyu to take on Zerafa remains to be seen. The son of a gun revealed recently his dream is to one day fight middleweight monster Gennady Golovkin who, between 2008-2016, not only defeated all 23 opponents he faced, but knocked them out.

“My dream fight would be against GGG,” Tszyu told news.com.au last week.

“He’s been my idol for the last five, six years. At one stage I idolised him and then at another stage I said ‘you know what, that would be a fight I’d love to take one day’.”

Crossing paths with Tszyu — who is 12 years his junior and fighting a weight division below middleweight at 154 pounds — before the end of his career seems unlikely.

But the drawing power of the Aussie on home soil and the favourable COVID-free conditions for sporting events Down Under has the 26-year-old son of boxing legend Kostya continuing to dream.

Tszyu didn’t name names after beating Hogan, but insisted he is ready to head overseas and match it with the top dogs in boxing. However, he’s happy to stay patient for now.

“I think I was ready to go (overseas) a couple of fights ago, everything will fall into place, I’m in no rush,” Tszyu said on Thursday.

“I know where I want to reach, and I know the potential I have to where I’m going to reach, so this is baby steps.

“I need to fight the global stars, top five, top 10 in the world.

“There’s going to be names mentioned now the world has got the attention, it’s just worldwide.” 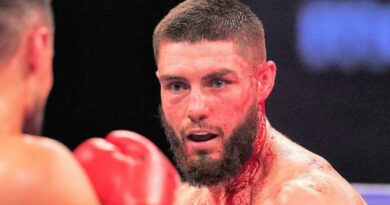 Fury fires back at Mayweather's offer to Deontay Wilder