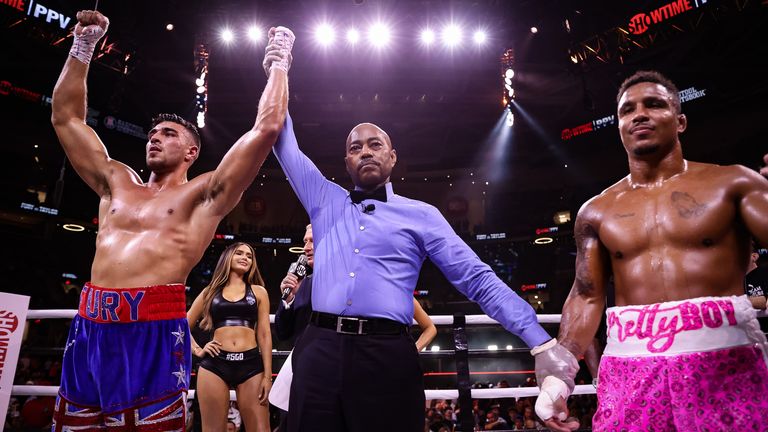 Tommy Fury eased to victory in his first fight in the US against Anthony Taylor, an MMA fighter crossing into the ring, on Sunday night in Cleveland.

The brother of WBC heavyweight champion Tyson Fury was never in trouble against Taylor but was forced to settle for a points win.

Fury started frantically by trying to impose his size advantage and, at the end of the first round, he whipped a three-punch combo but Taylor hit back with an overhand right. 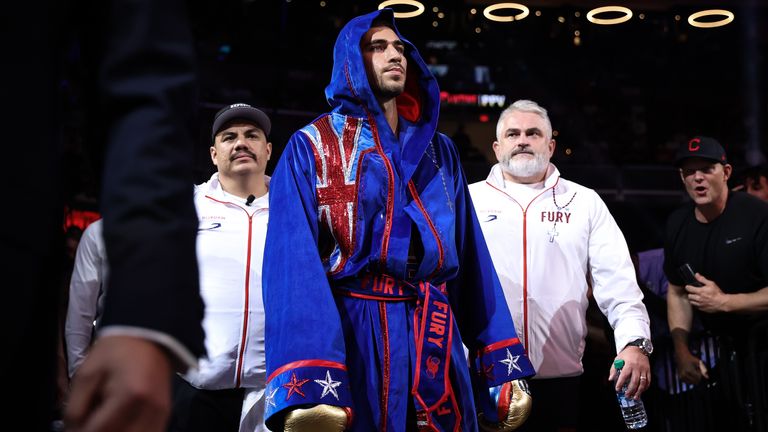 Taylor, who was substantially smaller than Fury, was regularly in a defensive shell and looked determined just to hear the final bell from as early as the second round.

Fury desperately chopped away in search of a stoppage but he could not land a telling blow.

The fight was reduced to a four-rounder from a six-rounder on short notice – Fury has never been beyond the fourth round in his short career yet.

The judges scored the fight 40-36 to Fury, extending his unbeaten record to seven fights.

Incredible knockout from Estrada with seven punches in seven seconds