Home » Boxing » Tony Bellew vs Oleksandr Usyk: Bellew reveals how Andre Ward pep talk made him sure of his boxing legacy

Tony Bellew has revealed how a conversation with American boxing great Andre Ward made him feel secure in his boxing legacy as he prepares to take on Oleksandr Usyk.

The undefeated Ukrainian is arguably the most feared boxer on the planet and represents the toughest challenge yet for Bellew, who has tasted defeat against Nathan Cleverly and Adonis Stevenson in his 11-year professional career.

But regardless of whether or not he succeeds in his attempt to become the undisputed cruiserweight champion of the world, Bellew believes he will be remembered for the right reasons – and the words of undefeated former super-middleweight and light-heavyweight champion Ward have only made him more certain of his place in the sport.

Asked in an interview on Sky Sports show ‘Off Limits’ how he would describe his boxing legacy, Bellew replied: “I fought anyone.

“I was told that a long time ago by an amazing fighter called Andre Ward. When we were doing the movie Creed together, we were in the truck and he said: ‘Do you know the one thing that I respect about you?’ 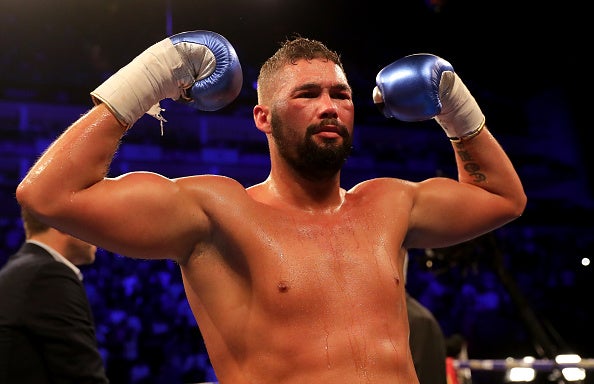 “Bear in mind, I didn’t think he would know who I was. He said: ‘The one thing I respect about you is that you will fight anyone’.

“For him to say that to me, I should have known then that I had won.

“As long as I’m remembered as a fighter who will fight anyone, and will give everything, and will never know when he’s beaten – that is my greatest asset.”

Usyk is the clear favourite to triumph when the two men meet in the ring at Manchester Arena on Saturday night, but being an underdog has not dented Bellew’s belief.

“I will find a way to defeat the monster,” he added. “I don’t know how or when, or at what stage it will happen. But I will get to him. I’ll get him. He will feel something that he’s never felt.

“Let’s see if he wants this as much as me. If he does, you’re in for the best night of fighting ever.”

Eddie Hearn reveals Canelo Alvarez's No.1 pick for his next opponent