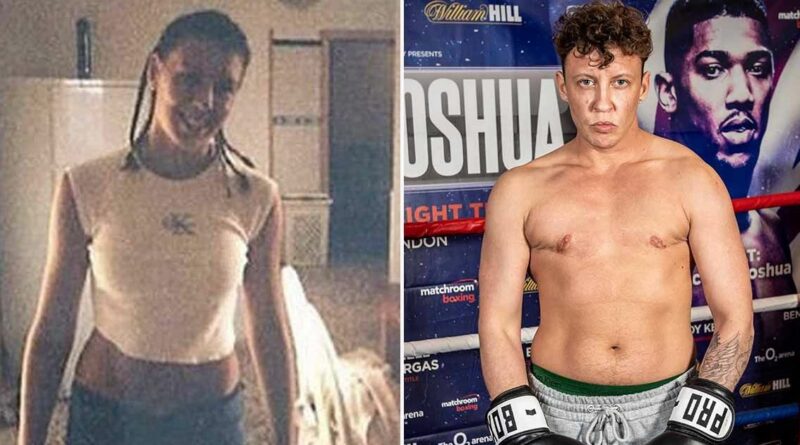 Trans boxer Danny Baker says boxing makes him "feel like the man" that he is as he gears up to make history at the World Gay Boxing Championships next year.

The 34-year-old was born female and first started up at a boxing gym when he was just 14. Seven years later, having watched a documentary on the topic, it dawned on him that he was transgender.

His boxing career was then derailed by a lack of money and he endured stints in prison, alleging that he was exploited into selling drugs. But a desire to raise funds for LGBTQ+ youth inspired Baker, who transitioned in his 20s, to return to the ring.

He met with trans boxing agent Kelly Maloney, who then put him in touch with Jamie ‘Rocky’ Johnson, a trans man without testosterone who has been competing in women’s boxing for more than three decades. Baker, of Enfield, soon joined the Sparta 300 Boxing Gym in Chingford and now not only boxes but coaches fellow LGBTQ+ athletes.

And he'll join Johnson in representing Britain down under in 2023, at the Turf Club's Winx Stand in Royal Randwick: "When I’m boxing, I feel like the man I am. I feel included by the ­boxing community," he told the Mirror.

"My testosterone levels are kept within the natural human amount. When it comes to sport, I don’t have an advantage. I want to see more trans women, more trans youth, I want to see everyone come out and get the exposure they deserve – why should we stay hidden away?”

How important a role model can Danny Baker become for LGBTQ+ sportspeople? Let us know in the comments section.

"As a girl, I had boobs and long hair but the brain of a boy and I didn’t want to fight against women. After I transitioned I realised boxing was something I could do as a trans person.”

The support worker also spoke out on the saga surrounding Lia Thomas, the trans swimmer whose success at female level has proved divisive. "It’s just the shell we’re in and you can’t exclude someone for being who they are – at no age is bullying OK.

"Even for taller, broader trans women, the testosterone is killed by the oestrogen and there is a mental effect on aggression too. Rather than dismissing trans women, we should give them some time and the benefit of the doubt, then results will show for themselves."

Taylor vs Serrano: Katie Taylor plans to become No 1 by beating Amanda Serrano then Cecilia Braekhus