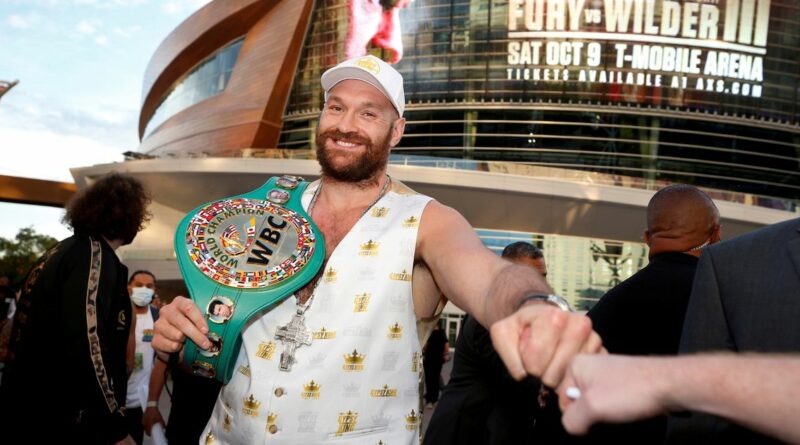 Tyson Fury has conceded that £75million was lost after Anthony Joshua's defeat to Oleksandr Usyk destroyed hopes of an undisputed title fight.

The 33-year-old is gearing up for his own heavyweight defence against Deontay Wilder this weekend in Las Vegas.

And he will look for another explosive stoppage of the American, more than 18 months on from his previous victory.

But he will could now miss out on a huge £100million purse after Joshua's loss to Usyk appeared to cast doubts over a domestic meeting.

"It was a bit of an anti-climax, no part of me was happy that he lost," Fury admitted to IFL TV. "We were all in the front room saying 'come on win the fight, land a big right hand'.

"Why would I be pleased, there just goes £75million down the toilet so you know I wasn't pleased that he lost. I was actually wanting him to win, and I always want him to win.

"It is part of a huge British rivalry, and I don't want anyone else to knock him off apart from me. Maybe they don't feel the same way, and they want me to lose this fight so I am a beaten man like the rest of them. Everyone in this division will be praying I lose so I can be like them, defeated."

Fury's focus will now have to be on his current opponent however, who has looked in great shape as he makes his last-ditch attempt at revenge.

And despite missing the initial fight date in July after a coronavirus case, Fury is feeling confident after his American training camp concluded.

But his opponent has remained relatively silent during the pre-fight build up, which has led Fury has called for his purse to be docked.

Who wins this weekend- Fury or Wilder? Let us know in the comments section below.

"I always enjoy my boxing and all this build-up stuff," Fury said. "I am here to advertise the fight and do my job – not like my counterpart on the other half of the bill.

"His share of the purse needs cutting if he isn’t doing any media or press work. I am going to have a word with (promoter) Bob [Arum] and say that if he doesn’t do his share of the talking then we are cutting his wages. I'll cut his money and take it out on his face.

"It shows how weak of a mental person he is," he said. "It shows how much the beating from the last fight has taken an emotional and physical effect on his life.

"I was worried about Deontay Wilder for quite a while after the defeat I gave him. Obviously he's doing his little thing with his earphones on and he doesn't want to answer any questions, that's up to him. I'm here to promote a fight and talk to the press – what I always do.

Fury has again questioned Wilder's mental health going into the fight, labelling his opponent "unstable" ahead of a single shot at redemption for the 35-year-old American. 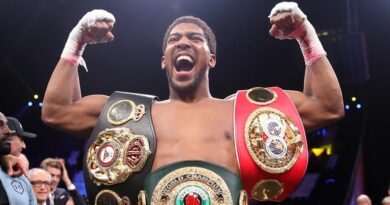