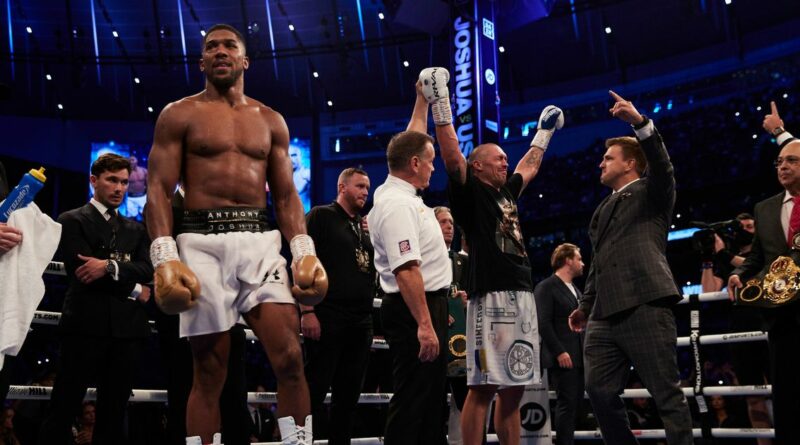 Tyson Fury believes Anthony Joshua was unphased by his defeat to Oleksandr Usyk as he accepted it halfway through the fight.

Joshua was outpointed by Usyk last month in London, losing his heavyweight titles for the second time in four fights.

The Brit first dropped them at the hands of Andy Ruiz in 2019, but six months after the upset loss Joshua won back his titles against the unprepared American.

He is expected to activate the rematch clause against Usyk after healing from his eye injury, with the second fight likely to take place early next year.

Matchroom Boxing's Eddie Hearn said despite the tough shell Joshua shows to the public, he's frustrated with the mistakes he made against Usyk and is "sulking" after the loss.

But Fury thinks the defeat didn't bother Joshua as much as it should have.

He told ESPN : "Yeah, I think he was ok with it because he came to grips with it halfway through the fight — that he was going to lose anyway. But again, there's a code among fighters.

"There's got to be some type of fighter's code, some type of warrior's mentality here, not to make a million excuses, and God forbid I ever got beat in a fight I just shake the man's hand and say, "fair play, you must be a good fighter. You beat me, good luck to you."

"But that's the difference again. There wouldn't be a million reasons why, and even if I had a torn arm and a broken leg and whatever else, I'd never mention it, because I shouldn't have been in the ring if I didn't want to fight.

"If I thought there were a million problems before the fight, I don't take the fight. Therefore I can't make any excuses if I lose the fight."

Fury defends his WBC heavyweight title for the first time this Saturday night when he fights Deontay Wilder for the third time in Las Vegas.

Who wins in the trilogy this weekend, Fury or Wilder? Let us know in the comments section below

Wilder has accused Fury of tampering with his gloves before their second fight last year, which the Brit won by seventh round stoppage.

But the Brit has played down Wilder's claims and thinks the excuses he's made for the loss shows he is "mentally unstable" heading into their trilogy.

Joshua's recent loss has dented his chances of a future fight with Fury, but 'AJ' has insisted he still wants the fight even if no titles are on the line.

And Fury said of Joshua's loss: "It was out of my hands. I had to win my fight, which I'm going to do on Saturday night, and Joshua had to win his fight, which he didn't do.

"So was I disappointed? Yes. Am I going to cry about it? No." 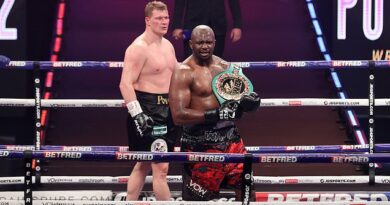 JEFF POWELL: Dillian Whyte proved he has respect as well as rage

Hunter opens up on racism and getting mistaken for Anthony Joshua