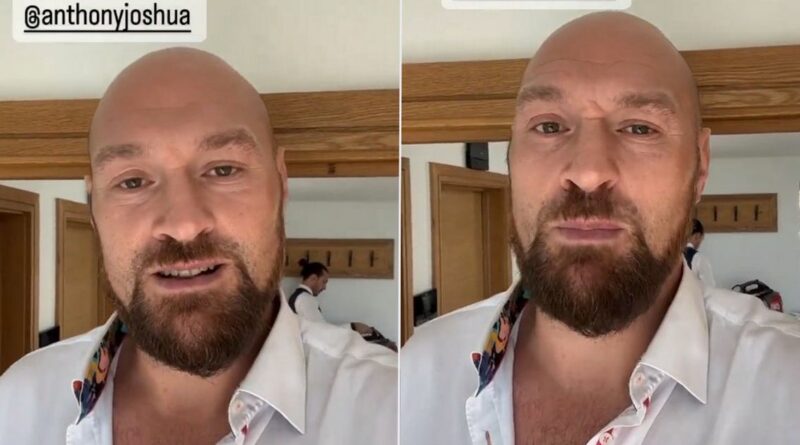 Tyson Fury has launched an expletive-laded attack on Anthony Joshua and Oleksandr Usyk as he raised doubts about a December date with his fellow Brit.

The WBC heavyweight champion labelled both heavyweight rivals "s***houses" in a short video he posted on Twitter on Friday morning.

Fury seems angry with Joshua for not signing the contract to face him on December 3 at the Principality Stadium in Cardiff while Usyk claimed The Gypsy King is "afraid" of him in an interview on Thursday.

Will Tyson Fury and Anthony Joshua fight this year? Let us know in the comments

“And that other s***house. That bodybuilder Joshua, that’s a proper s***house that is. He’s had the contract for I don’t know how long and isn’t signing it. You little sausage, you do not want to fight. Your manager is a sausage. I’ve never seen anything like yous."

Fury's promoters Queensberry sent contracts to Joshua last Friday after they agreed all terms on the domestic superfight to be staged later this year. But on Thursday, Joshua's promoter Eddie Hearn revealed there were a few issues with the contracts which need to be resolved.

George Warren, the son of promoter Frank, has been in talks with Hearn and insists those discussions are still ongoing and that there is a willingness on both sides to make the fight happen. But the clock is ticking.

WBA, IBF and WBO heavyweight champion Usyk is looking for an undisputed showdown with Fury but insists he won't be ready for December. He wants the fight to take place in February with a deal in place with Saudi Arabia to financially back the bout.

However, the Ukrainian thinks Fury is chasing a Joshua fight out of fear of facing him and dismissed that all-British clash in an interview with his own YouTube channel earlier this week.

Fury was left furious by the accusation and launched into a tirade on Twitter about Usyk.

"Both a pack of s***houses. I will be fighting on December 3 if this sausage doesn't sign the contract which I don't think he is because the b******s to because he's a s***bag," he added.

Joshua has been warned he must sign the contract to fight Fury by the end of next week or the Battle of Britain bout is off.

The two-time champion suffered the third defeat of his professional career last month when Ukrainian warrior Usyk once again claimed a points victory. After failing to claim back the belts he lost in September 2021, Joshua was handed a heavyweight lifeline from Fury, who has offered him a shot at the WBC crown.

"We need to be getting contracts signed next week," George Warren, son of Tyson Fury's boxing promoter Frank, told The Sun. "I don’t think that’s difficult. If everyone wants to make it, it can be done and I believe the other side wants to make it.

"My dad Frank and Eddie Hearn have gone on record to say 90-95 per cent of it’s been agreed. There are parts of contracts need to be refined and negotiated — tickets and hotel rooms — the biggest thing is the broadcast but it should not slow down the contract." 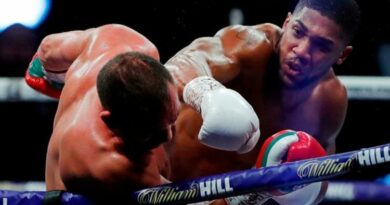