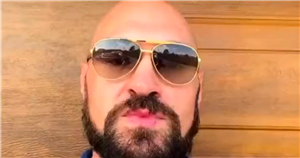 Tyson Fury has called out Oleksandr Usyk on social media – branding him a 'little b**** p***y boy' and telling him to 'find your balls'.

It comes after the Ukrainian challenged Fury to meet him in the ring following his victory over Anthony Joshua last month. Usyk beat AJ for the second time in less than a year to claim the IBF, WBO and IBO heavyweight belts.

But there is one left that still belongs to Fury – the WBC belt – and Usyk is desperate to unify the heavyweight division after moving up from cruiserweight. However, the Gypsy King stands in his way and he let him know in typical Fury fashion on social media.

"And it's held tightly, grasped tight and all rounds lead to a seven-foot behemoth that will destroy you, middleweight. Middleweight, you will get smashed to bits.

"You say you want to fight me after you beat the bodybuilder, called me out on television, now you're being a little b****, p**** boy, running, hiding, saying you've got injuries.

"You haven't got injuries, you had a sparring contest. Get out and fight in December, you let your mouth go, now let's back it up. See if you can back it up, middleweight. It doesn't matter if it's December or April or August next year, the outcome will be the same.

"I'll obliterate you. I'm a seven-foot, 20 stone behemoth and I will destroy you, middleweight. Find your balls and come see me, b****."

After knocking Dillian Whyte out in April, Fury insisted he was retiring from boxing but it appears that he is going back on that promise less than six months later. But any chance at a quick fight looks like it has already been ruled out by Usyk.

He said: "Fighting Tyson Fury in December is impossible. First, I have old injuries. Second, I just don't want to box in December. I haven't left the gym for half a year, I want to be with my children, my family.

"Boxing can wait a little. Next year I think it will happen." 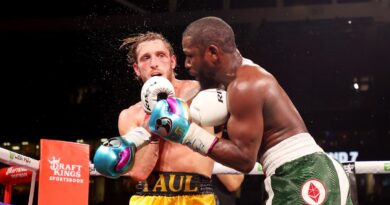