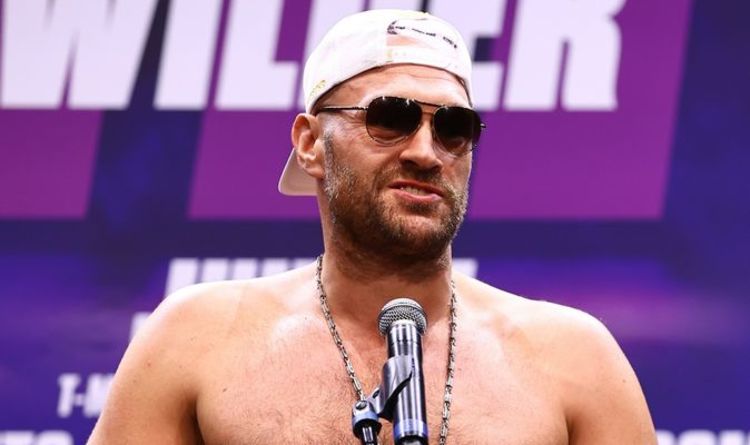 Tyson Fury has claimed he knows exactly how Anthony Joshua can prevail in his rematch with Oleksandr Usyk, with the help of the Gypsy King and his trainer SugarHill Steward. Joshua suffered a difficult defeat two weeks ago, after he was outboxed by challenger Usyk in front of 65,000 people on home turf at the Tottenham Hotspur Stadium.

Unsurprisingly, it is expected that the Englishman will exercise his rematch clause in the fight contract to ensure he gets another shot at the Ukrainian heavyweight to claim back his titles lost in September.

There is no doubt Usyk put in a masterpiece of a performance when defeating Joshua, with many tipping the Ukrainian to do the same thing in their second bout. However, Fury thinks he can help out his fellow Englishman with this.

In an interview with BT Sport the Gypsy King didn’t just offer his advice to Joshua, but even his services as well.

He said: “I know that if I trained Joshua, me and SugarHill trained him for the next fight, he’d definitely beat Oleksandr Usyk. That is a fact, and I would be open to doing it. I’d be very open for me and Sugar Hill to train him.

Not only did Fury present his coaching opportunity to the 31-year-old, he also revealed he would be happy to do it for no charge: “I’ll do it for free because I don’t need his money.

“I wouldn’t take his money anyway, but I and we would take on that challenge, no problem and I’d guarantee he beats him.”

Fury was then pushed to tell his inside knowledge on what he believes is the key to defeating Usyk, but the 33-year-old kept his cards very close to his chest.

When asked about the plan, the heavyweight replied with a smirk on his face: “Now that would be telling now, wouldn’t it.”

He then went on to add: “I’ll tell you what I’d do with him. I’d give him the right information to beat Usyk, which I’m not going to say what but I think everybody knows.”

Fury then went on to comment that despite having a plan in place to beat the Ukrainian, hardwork and dedicated training is required if it is to come off in the ring on fight night.

The Gypsy King said: “This information that I say you have got to train for, you can’t just do it. It isn’t a game plan, it is not like just saying ‘right do this, do that and do it’ you have to train to do it.”

Many in the heavyweight division believe that Joshua’s chances of getting one over on Usyk are all but over following their first bout, following the Ukranian’s domination.

However Fury still feels Joshua, as well as any heavyweight, can react to defeat and get the job done a second time round.

He told BT Sport: “I believe every heavyweight can win fights, especially someone as big as him, as strong and as powerful as him. He only needs to land a good couple of punches on Usyk and he’d knock him spark out.

“Usyk’s a very tricky boxer. I know what it’s like to fight skinny guys who are sharp, fought Steve Cunningham who was a very good cruiserweight world champion, 215lbs six-foot three, chiseled.

“He gave me one of my hardest fights I’ve ever had, but what happened in the end of that fight Steve? It was brutal wasn’t it?” 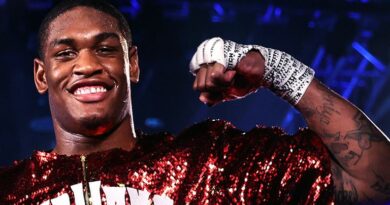