Tyson Fury has once again thrown up one of those classic lines while speaking ahead of his rematch with Deontay Wilder. The Gypsy King jokingly claimed performing a sexual act has been helping to strengthen his jaw.

Not many boxers have been able to land a glove on Fury in his 30 professional fights.

The 6ft9 heavyweight’s agility and unorthodox stance makes him one of the most difficult men to hit.

Wilder only connected with a handful of punches when the pair fought out a controversial draw in December 2018.

But they will look to set the record start next Saturday when they go toe-to-toe for the WBC world title.

Fury’s jaw has rarely been tested but Wilder knocked him down in that iconic 12th round in Los Angeles. 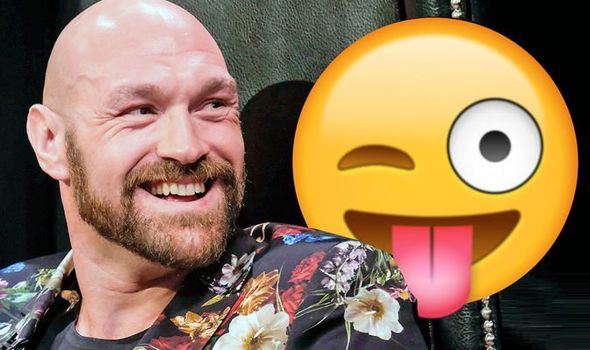 The 31-year-old rose from the brink of unconsciousness to beat the count and ensure his unbeaten record was maintained.

And he was asked how he has been working on keeping his chin strong which drew a hilarious response.

“I have got confidence in my chin but I’ve been doing a lot of p*ssy licking to strengthen my jaw up,” Fury said.

This is not the first sexual reference Fury has made ahead of his clash with Wilder.

Last month the Wythenshawe-born boxer claimed he was enjoying his ‘alone time’ more than ever.

“I’m doing a lot of things I didn’t before. I’m eating five/six meals a day, drinking eight litres of water,” Fury told Behind the Gloves. 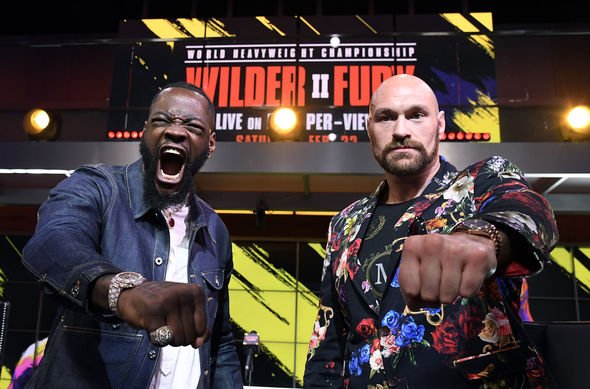 Meanwhile, Fury has predicted he will beat Wilder via a second-round knockout.

“I’m expecting a clean-cut knockout,” Fury said. “It will be early on in the fight so we can all go out and get drunk! Have a good night in Las Vegas celebrating.

Logan Paul vs. KSI 2 purse, salaries: How much money will the YouTubers make for the rematch?