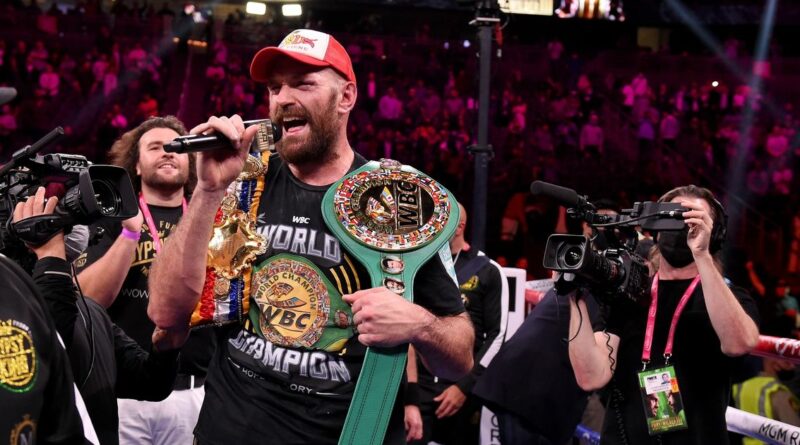 The WBC heavyweight champion is currently negotiating a fight with mandatory challenger Dillian Whytewith purse bids now due next week.

But UFC legend Chael Sonnen is disappointed that the pair have entertained the possibility of staging a crossover bout and has questioned why Fury did not "stand up" for boxing.

Sonnen told his YouTube channel : "So Francis has let Tyson know that as soon as he finishes business here with Ciryl Gane, he will fight Tyson anywhere, in a ring, in a cage, or in a phone booth.

“ Tyson Fury and Francis Ngannou were going at it.. Is that the word? They were going at it on Twitter. I don’t know if I agree with that because the level of silliness they did was really not fun or interesting in the least.

"Fury added to the silliness himself by letting Francis know he'd box Francis wearing MMA gloves. It's just weird. Where is the pride within your sport? If you're a boxer, you don't change the rules of boxing, you stand by your sport.

"Who is going to try and sanction that? You just limited are options and who is going to watch that? You can’t call it boxing. Because boxing isn’t done with 4oz gloves."

Ngannou produced a counter-offer to Fury's on social media but is keen to make the contest with MMA rules with boxing gloves.

The UFC star has just one fight remaining on his current contract and has frequently hinted at a switch to boxing.

Ngannou has pointed out the significant gap in financial reward between his own earnings and Fury's, and is looking to compete alongside his current activity.

Who would win in a mixed-rules bout? Tyson Fury or Francis Ngannou? Let us know in the comments section below

During his recent outbursts Ngannou has also publicly called out Fury and Wilder as his plans continue to surface by revealing his desire to "test" himself at world-level in boxing.

His future remains uncertain in the UFC with president Dana White telling the champion he is free to leave despite planning talks.

However White has insisted that fighters cannot negotiate boxing fights while signed to the promotion despite Ngannou holding out that a boxing clause should be included in his next contract.

Boxing trainer BJ Flores is unsure whether Ngannou is ready to compete in the iron square praising Fury for his recent domination.

" Francis Ngannou is so fun to watch," Flores said during an episode of the Shmozone podcast. "He's so big, strong and explosive and such a powerful athlete.

"It might look easy on TV but Tyson Fury is the real deal and Francis will struggle incredibly with a guy like Tyson Fury. He's not just going to go out there and just hit him.

"Fury is going to beat him, period. I'd like them to fight other guys who are big as well – he's not ready for Tyson Fury." 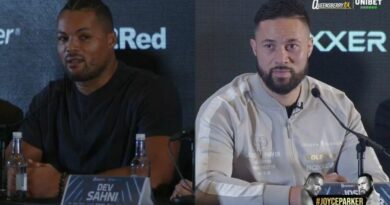 What time is Joe Joyce vs Joseph Parker tonight?