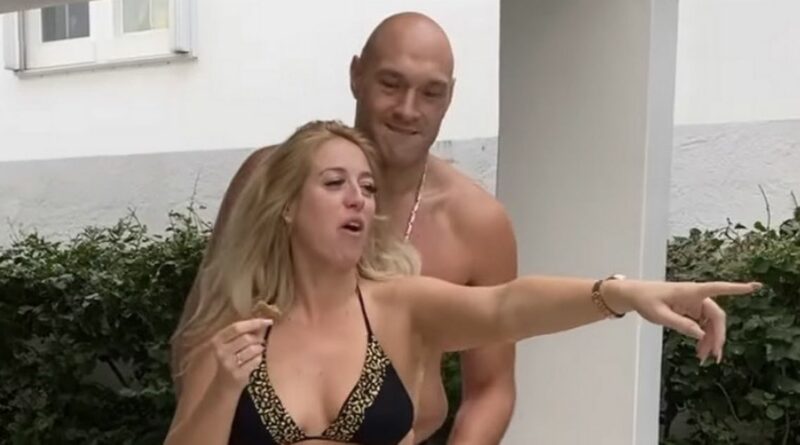 Tyson Fury has been reunited with pregnant wife Paris with the couple dancing on the boxing champion's social media.

Fury had been seen with other females while in Miami with brother Tommy Fury, with one of the girls lathering lotion on the Gypsy King.

Fury has been in the States preparing for a clash with Anthony Joshua, though is now set to face Deontay Wilder for a third time instead.

Though the WBC champion has ensured he can still have a good time with wife Paris and their children flying across the Atlantic.

Footage on Fury's social media show the pair dancing with Paris showing off her baby bump in a small black bikini.

Paris has also shared clips of the family travelling first class to Miami before enjoying a dip in the pool in Florida.

Fury and Joshua had a summer date set in Saudi Arabia for an undisputed heavyweight clash before an intervention.

Daily Star Sport exclusively revealed an arbitration decision on Monday night has left the clash between Fury and Joshua on the brink of collapse.

It has been ruled that Fury must take Wilder on for a third time, with the Bronze Bomber not ready to accept any step-aside cash.

Though Fury, who had joked he was in Paris's "bad books" recently, appears ready to beat Wilder again.

Many believe Fury won the first fight against Wilder though it was ruled a draw with the Brit comprehensively winning the second.

And Fury plans to win again, posting on social media: "What a joke @bronzebomber has become.

"Asked for 20 million to move over #joker looks like I have to crack his skull again."

Joshua's promoter Eddie Hearn said he was hopeful that Team Fury could find a way to bypass a clash with Wilder. Though Fury's post suggests there is no way of that happening.

Neither Fury or Wilder have entered the ring since their second bout last February. 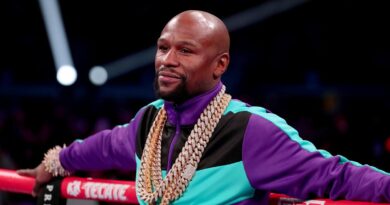