The Gypsy King is preparing to face Tom Schwarz in June at the MGM Grand, Las Vegas.

It is Fury’s first fight since a controversial draw against WBC heavyweight champion Deontay Wilder.

The 30-year-old has continued his incredible comeback since beating Wladimir Klitschko in November 2015.

He has maintained his unbeaten record, with 27 careers wins and one draw.

The Mancunian is popular for his antics outside the ring too.

Anthony Joshua’s promoter has been busy with trying to find a replacement for the Brit after Jarrell Miller’s failed drugs test. 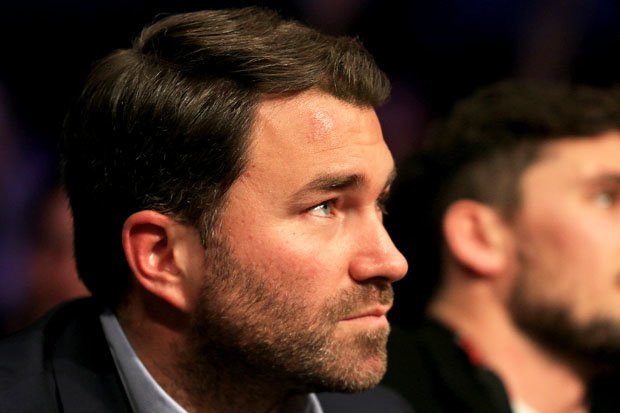 “Best thing to do, Eddie, is give him another can of beer and put him back in the cupboard, the old red-faced fool”

And fans of the Gypsy King love his rant.

“Long live the King,” one said.

Another commented: “What a man.”

While a third simply made huge claim about the heavyweight.

“Fury the king of boxing,” they said.

This comes as the Gypsy King enjoyed a girls’ night out last weekend.

Man Utd signing Bruno Fernandes and resurrection of two stars has disrupted transfer plans
We and our partners use cookies on this site to improve our service, perform analytics, personalize advertising, measure advertising performance, and remember website preferences.Ok