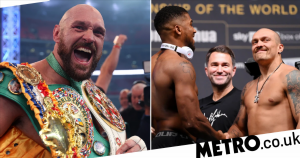 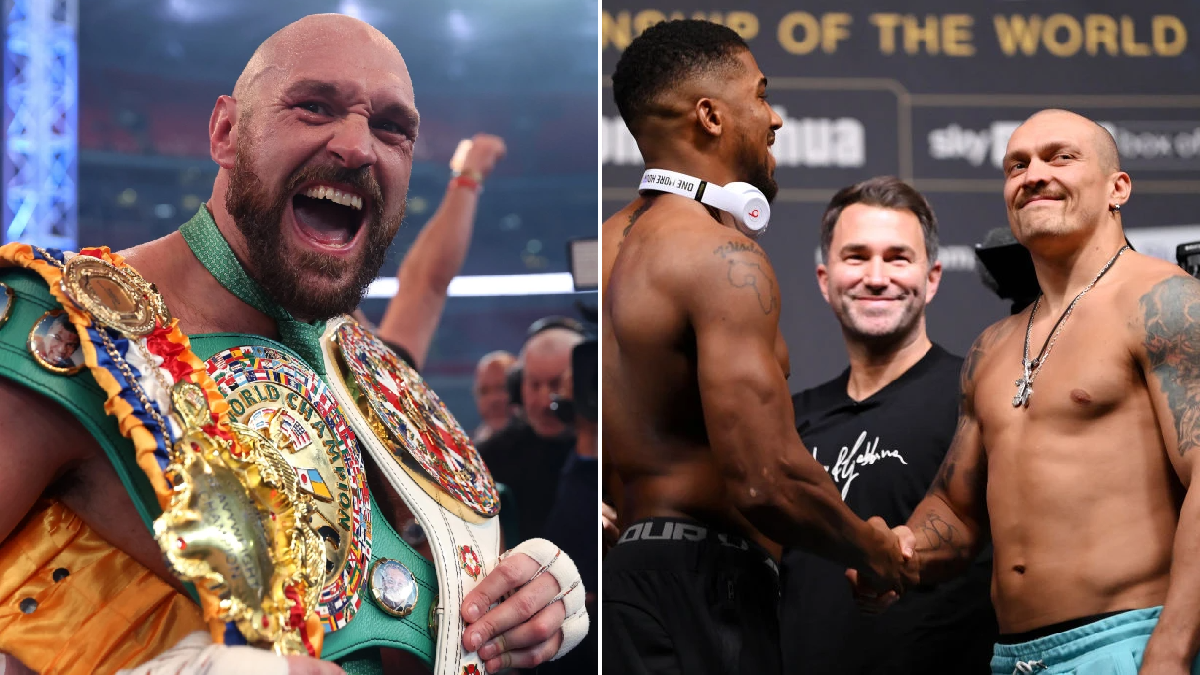 Tyson Fury is in negotiations to fight the winner of Anthony Joshua vs Oleksandr Usyk in Saudi Arabia in December.

‘The Gypsy King’ announced his retirement from boxing in the wake of his knockout victory over Dillian Whyte at Wembley Stadium in April.

While he has persistently claimed he will not be drawn back, many in the sport including his own promoters have suggested Fury will return to fight for the undisputed heavyweight championship of the world.

Fury still holds the WBC title with Usyk in possession of the IBF, WBO and WBA belts – taken from Joshua after a brilliant win over the Briton in London last year.

Usyk vs Joshua II will take place in Saudi Arabia in August with that fight expected to be officially confirmed next week.

According to the Daily Mail, the Middle East Kingdom are planning an even bigger investment to host an undisputed showdown against the winner and Fury in a bout they regard as ‘the next Rumble In The Jungle.’

The proposed date for the fight is 17 December – the day before the World Cup final when thousands of England fans will still hope to be out in Qatar.

Saudi Arabia are desperate to host what would be the biggest fight in the history of heavyweight boxing – one that will crown the division’s first undisputed champion since Lennox Lewis.

A Saudi government source said: ‘Now the eyes of the world will be firmly on the Kingdom for Joshua v Usyk as a prequel to Tyson Fury against the victor for the undisputed crown, a generation-defining event comparable to Muhammad Ali’s Rumble In the Jungle.’

Fury has not vacated his WBC title despite his retirement vow with a bout against Joshua viewed as a fight simply too big to turn down.

Joshua however must first avenge his defeat to former cruiserweight king Usyk, one of the sport’s pound-for-pound best who dominated him over 12 rounds at the Tottenham Hotspur Stadium last September.

But should ‘AJ’ take back the world titles this summer, his promoter Hearn believes a Battle of Britain against Fury becomes an ‘automatic’ fight at the end of the year.

‘Losing to Usyk is never terrible, the Fury fight is always there, but for the undisputed heavyweight world championship, which it would be, it would just be the biggest fight of all time,’ Hearn told The Sun.

‘And I think if AJ beats Usyk, that would be an automatic fight that you will see in December.’ 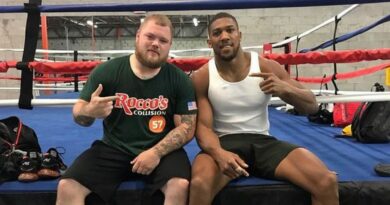