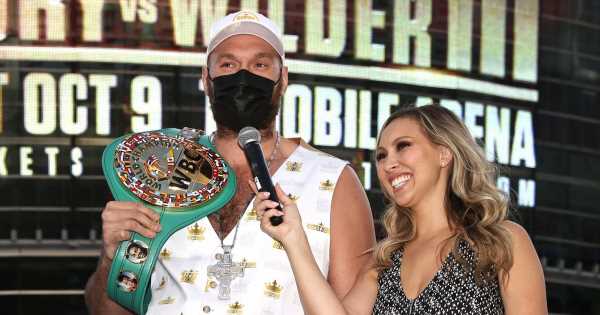 Tyson Fury has warned Deontay Wilder he will make him QUIT this weekend.

The pair meet in a trilogy clash as Fury puts the WBC heavyweight title he took from the American on the line.

Fury, 33, forced Wilder’s corner to throw the towel in when he hammered the Bronze Bomber back in February 2020.

But this time he insists he will make Wilder ask for no more when they meet this weekend at the T-Mobile Arena in Las Vegas.

“When we first crossed paths I thought he was a good man, fighting for his kids and all that but now I know he is a right piece of work.

“For that I might do it slow, I might take my beating him up and make him quit.

Do you think Tyson Fury will beat Deontay Wilder this weekend? Let us know in the comments section below.

Fury insists he will ‘finish’ Wilder off this weekend and warned British rival Anthony Joshua he is also done if he loses to Oleksandr Usyk again.

Joshua lost his WBA, IBF and WBO heavyweight titles to the Ukrainian last month when he was outpointed at Tottenham Hotspur Stadium.

Fury added: “This is a do-or-die fight for Wilder, when I beat him he is finished, it is all over for him.

“And it is the same for Joshua, if he loses to Usyk again he is finished, it is over for him too.” 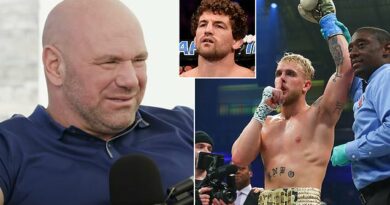 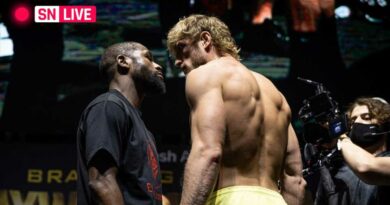