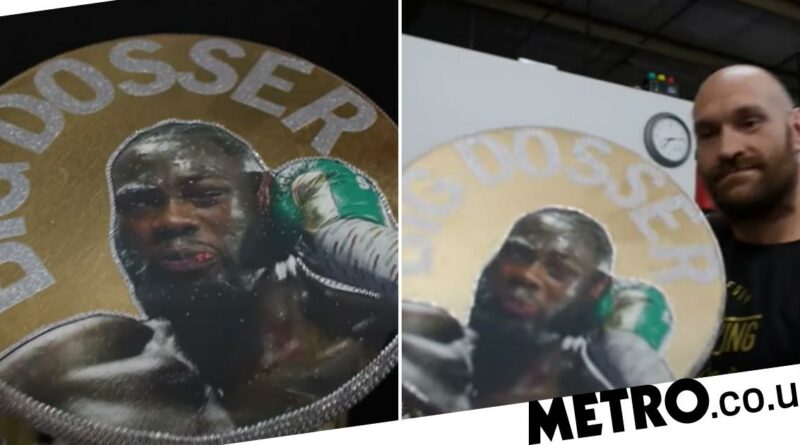 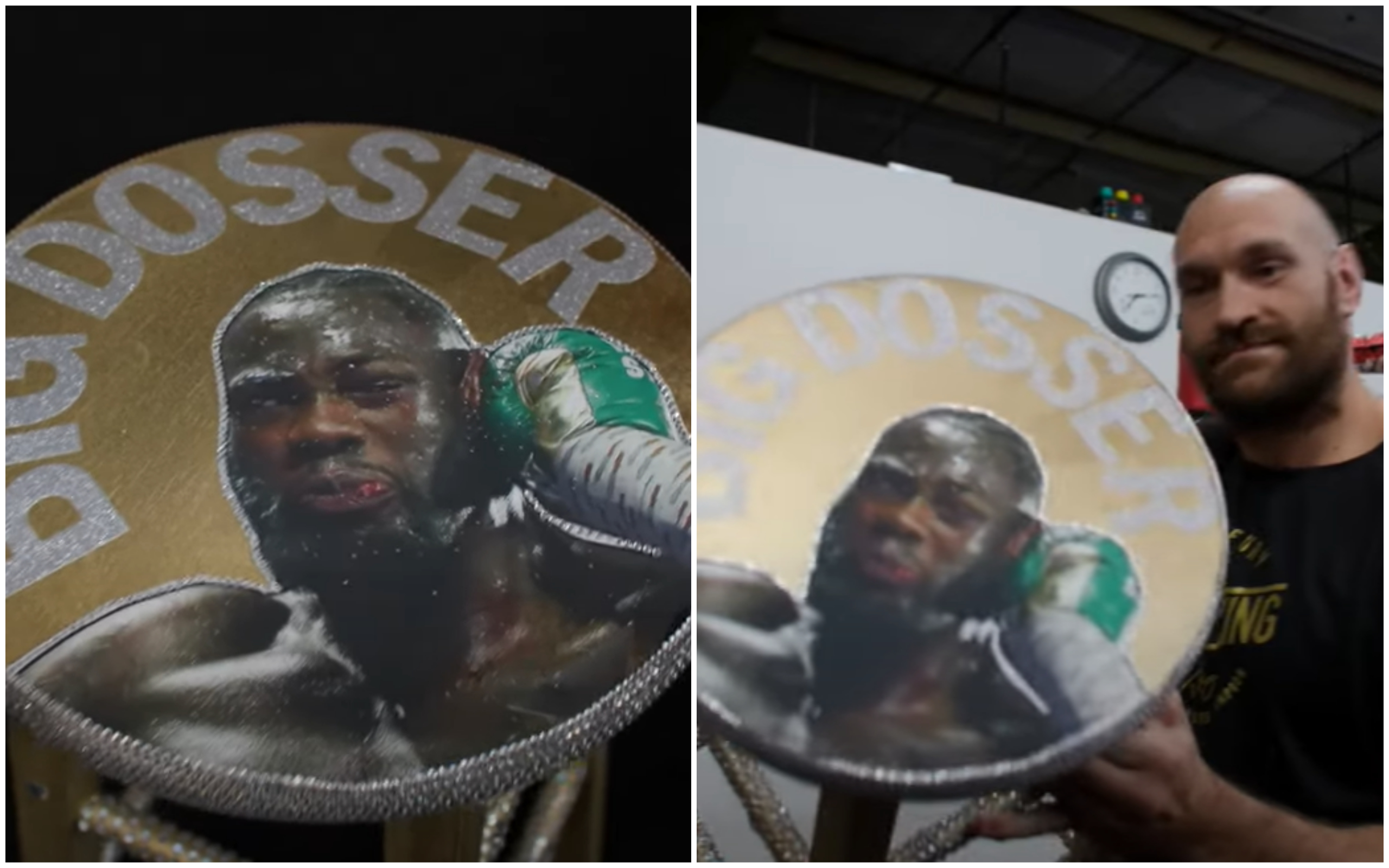 Tyson Fury’s corner stool will be emblazoned with an image of Deontay Wilder getting blasted with a right hook when he meets the American in their trilogy fight on Saturday.

Fury puts his WBC heavyweight title on the line this weekend after ‘The Bronze Bomber’ successfully enforced a rematch following his February 2020 defeat.

‘The Gypsy King’ dominated Wilder from the opening bell that night, knocking him down twice before sealing a seventh-round stoppage win.

One particular image from that night summed up the one-sided contest, captured as Fury threw a right across and caught Wilder squarely on the chin.

Fury’s co-promoter Top Rank have now prepared a special stool for Saturday’s showdown featuring the iconic shot, along with the Briton’s catchphrase ‘big dosser’ – an insult he has aimed at Wilder, among others, over the years.

Following the defeat, Wilder made a string of accusations in attempts to explain why he lost the second fight to Fury.

Among those were that Fury’s team had concealed weights in his gloves in order to inflict more damage and that his own trainer Mark Breland was involved in a plot to spike his water with muscle relaxers.

Fury has laughed off the accusations over the last 18 months is confident he has the mental advantage over his rival.

‘Every time he looks in the mirror he sees Tyson Fury. Every time he goes to bed, before closes his eyes at night, he sees the Gypsy King.

‘Every time he wakes up and thinks about in the morning he thinks of Tyson Fury.

‘Even when he goes to sleep at night with his missus he’s thinking of Tyson Fury. It’s crazy, it must be crazy to be obsessed with a man like me.’ 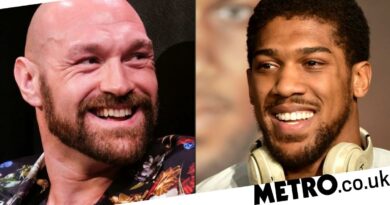 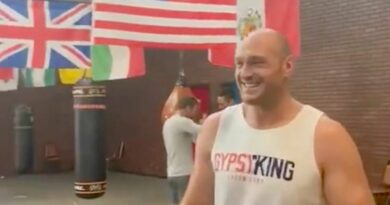 Kubrat Pulev will inflict another crushing loss on Anthony Joshua – and then offer a rematch, says the Bulgarian’s manager Ivaylo Gotsev