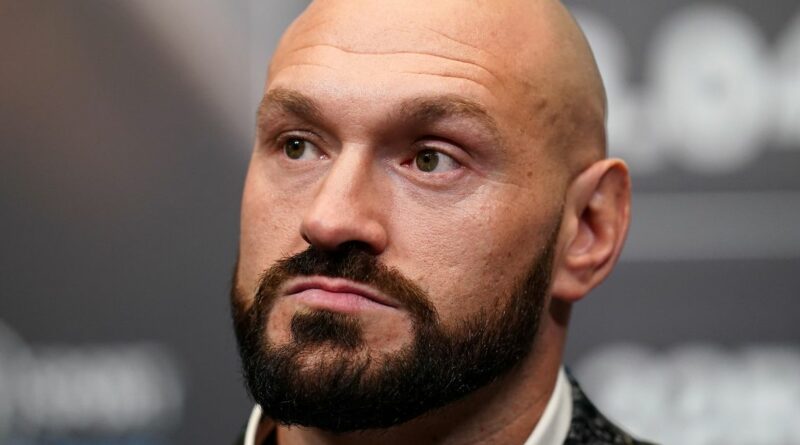 Tyson Fury has named the two attributes which Dillian Whyte could use to defeat him when they meet for their blockbuster bout in April.

Heavyweight champion Fury will take on challenger Whyte in an all-British fight on April 23.

Whyte was not present at Tuesday's press conference, after claiming he had not been given a proper invite and being reluctant to leave his training camp in Portugal.

Fury seemed to thrive in being the only fighter present at the press conference, and was dressed smartly in one of his signature suits as he answered reporters' questions about the Wembley bout.

Of course he talked up his chances, but also admitted that Whyte has a couple of weapons at his disposal which could see the challenger secure a knockout win.

"I think both fighters are going for the knockout in this fight and I just think when I land a Lancaster bomber on his jaw, it's going to be over.

"But I'm looking to put on an excellent night, showcase of knockout boxing for the UK fans and then sing a load of songs afterwards."

Who will win when Fury and Whyte meet? Have your say in the comments section.

Fury's fight against Whyte is seen as a decider of who will face either Anthony Joshua or Oleksandr Usyk in a blockbuster undisputed fight to unify the heavyweight division.

The Gypsy King had hoped such a fight would be next up, but his plans were scuppered by the rematch clause between Joshua and Usyk, as well as Whyte being named as the WBC's mandatory challenger.

Fury said he is unconcerned about whoever his opponent is, though, as he will always be the main attraction.

"I'm not concerned because it's the Fury roadshow and he next stop is London, the United Kingdom," he declared.

"It's never about the opponent, whether it's [Whyte's] face on there or someone else's. It's really unimportant.

"He's ugly anyway, take him down, we should take him down. This is about this man over here [himself] and celebrating his legacy and his boxing career.

"It doesn't matter where it stops next, it will always be the Tyson Fury roadshow."

Fury went onto say the fight against Whyte will be the last of his career, casting a possible unification bout against Usyk or Joshua into doubt, but it is not the first time Fury has signalled the end of the road is nigh, so fight fans will have taken his latest comments with a pinch of salt. 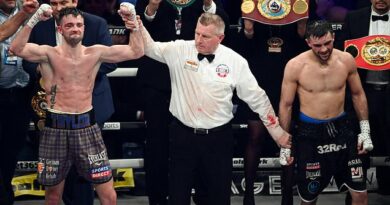 Catterall's controversial defeat to Taylor to be INVESTIGATED