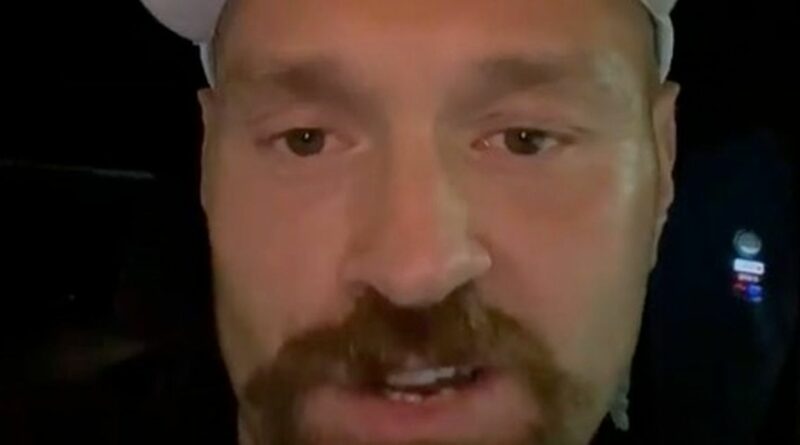 Tyson Fury has offered hope his deadline to arrange a blockbuster showdown with Anthony Joshua can be met after revealing there are "three or four big offers on the table".

The boxing world is clamouring for an undisputed heavyweight title fight between the two Brits, who hold all the division's belts between them.

But as yet no date or venue has been confirmed, with WBC champ Fury having tweeted on Wednesday that a deadline for making the fight was three days away.

Now 'The Gypsy King' has taken to social media to tell his fans the latest developments – claiming there are offers from around the world ready to stage the unification clash.

"I'm going to go through them on Sunday and hopefully we get this big fight on and let me smash this big dosser – big useless dosser let me say. Because when I get him, I'm going to give him this [his fist]."

Joshua also updated his fans to reassure them the fight would be taking place.

“Myself, 258 mgt & Matchroom Boxing are working really hard to make the fight happen. I want to give my fans what they want & you know I’ll do whatever I can to deliver.

The news comes after details emerged of Fury employing his sparring partners as he prepares for the proposed bout.

Aleksandar Mraovic, the amateur boxer known as the “Austrian Bull” shared pictures of himself in the ring with the self-styled Gypsy King, as well as New Zealander Joseph Parker.

Fury captured the WBC crown in his last fight as he beat American Deontay Wilder by TKO in February last year.

The fight between the two could take place at Wembley Stadium, with promoter Eddie Hearn having this week suggested July 24 as a potential date.