‘You’re too fat!’: Tyson Fury reveals what wife Paris said when he told her he was making return to boxing after drinking 100 PINTS of beer a week and ballooning to over 400lbs

Tyson Fury has revealed that his wife told him he was ‘too fat’ to get back to the top of boxing after his binge drinking left him more than 140lbs overweight.

The former world heavyweight champion is preparing for the third fight of his comeback – a blockbuster showdown against WBA king Deontay Wilder – in Los Angeles on December 1.

But after ballooning to over 400lbs and struggling with cocaine, depression and alcohol after defeating Wladimir Klitschko in November 2015, a triumphant return to the ring seemed an impossibility – to wife Paris, at least. 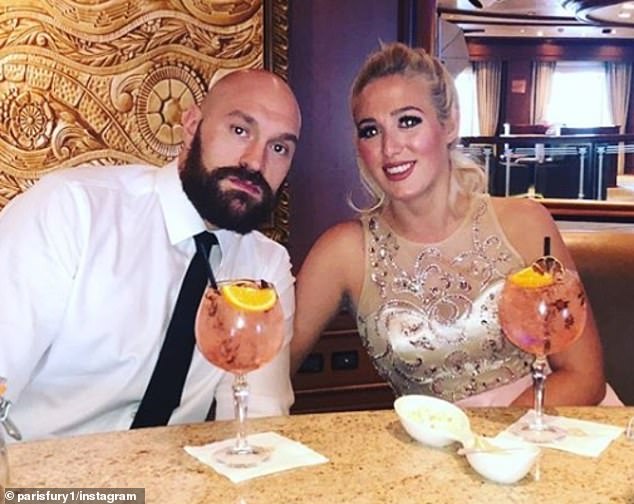 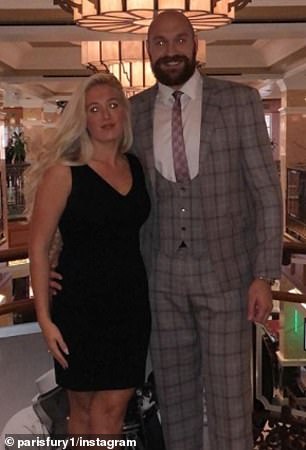 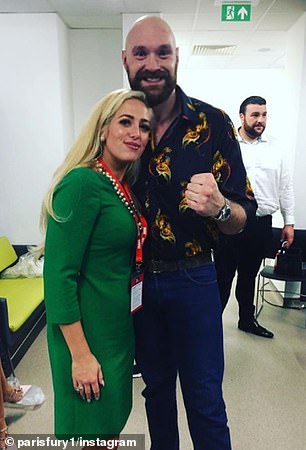 On the line: WBC heavyweight title

Fury also admitted that he was drinking up to 100 pints of beer every week after falling out of love with boxing and abandoning his fitness regime.

‘In England, we have pints of beer. It’s like a big thing [and] I used to drink 20 of them like four or five times a week. 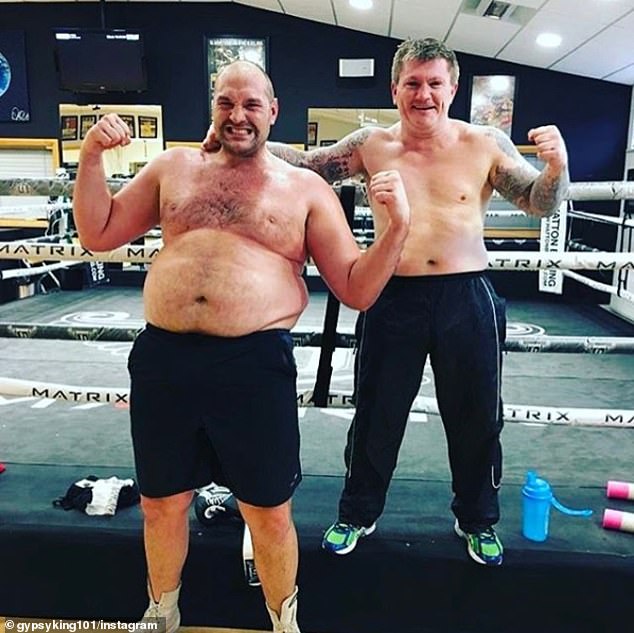 Fury, pictured with Ricky Hatton in November last year, ballooned to over 400lbs at one point 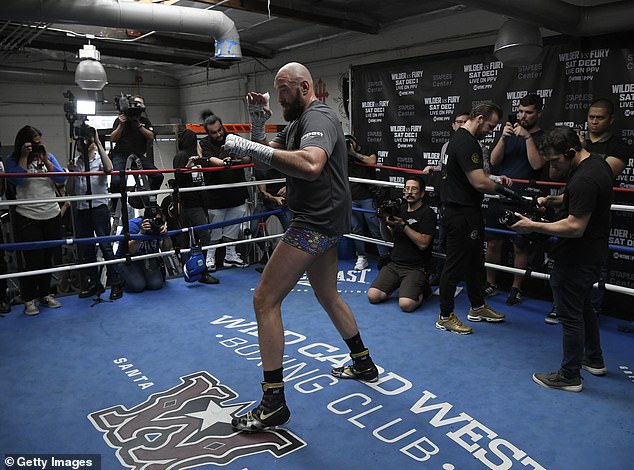 ‘This belly was out here, this back was out here. I had wings on me. I’m disfigured for life. I’ve got stretch marks all over my body.’

Fury returned to the ring with victories over Sefer Seferi and Francesco Pianetaand is now fighting fit and ready to take on Wilder for his WBA belt in just over a month.

He added: ‘Everything is going well in Big Bear, there aren’t many distractions up there. The air is clean, thin, cold, it’s very hard training. I’m enjoying every minute and it’s going to prepare me well,’ he said.

‘I have had great sparring, I am getting great work and have other guys coming in next week. I am preparing very well.’