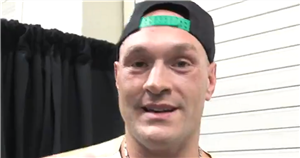 Tyson Fury has put pen to paper on a contract committing him to a third fight with Deontay Wilder.

“This is going to be the biggest sporting event ever to grace the planet Earth. Do not miss it.”

The showdown between the world’s top-ranked heavyweights was thrown into doubt when Wilder won an arbitration hearing last week which ruled that he was contractually entitled to a third fight with Fury.

Fury and Wilder battled to a controversial draw in December 2018, before the self-styled Gypsy King won their second bout – stopping Wilder in the seventh round – in February 2020. A planned trilogy fight was postponed owing to the coronavirus pandemic before wrangling over the reschedulement led Fury to say that he’d “moved on”.

When Joshua beat Kubrat Pulev last December, it looked as if the stage was set for a fight in which all four heavyweight world titles would be on the line for the first time. In light of Wilder’s arbitration success, however, Fury has now committed to fight the Bronze Bomber for a third time, while Joshua is set to take on mandatory challenger Oleksandr Usyk.

Fury was in attendance as Josh Taylor beat Jose Ramirez in Las Vegas on Saturday evening and signed his fight contract live on television.

“Should we do it and put him out of his misery?” Fury asked as he was asked to give his signature, before listing all the injuries he intends to dish out to his opponent.

Speaking directly to camera after signing, he said: “Wilder, the contract’s signed. You’re getting smashed.

“I’ve got your soul, your mojo, everything, I own you. Super smashed.” 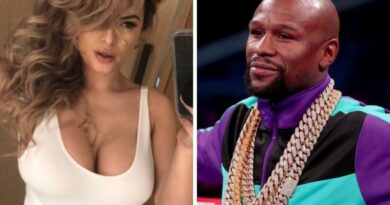 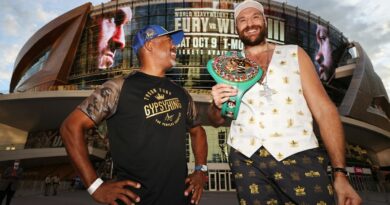 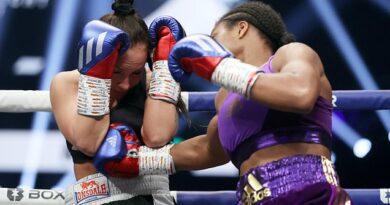