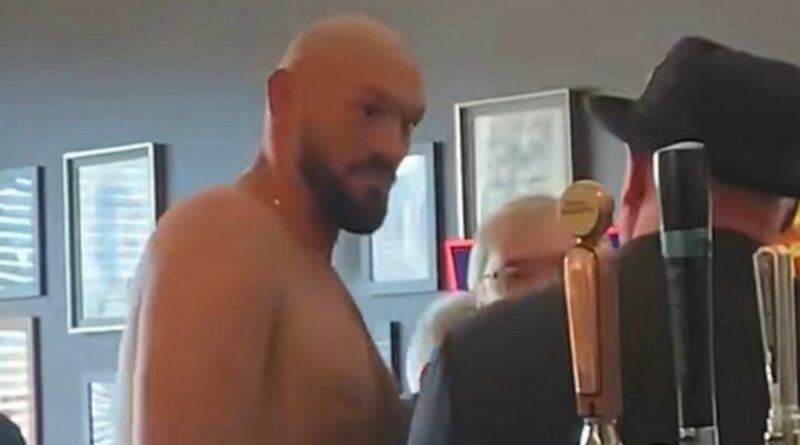 Tyson Fury has left pub visitors stunned by walking into a pub topless for a quick pint.

Customers at the Queen's Pub in Aintree were left in shock when the hulking frame of the WBC heavyweight world champion appeared at the bar on Sunday. Fury is said to have entered the pub topless looking to use the bathroom before he ended up staying for a drink and ordered a half pint at the bar before chatting with locals.

The Gypsy King is currently in Liverpool as part of his 'Fury Fest – The Official After Party Tour' as he continues to celebrate his April win over Dillian Whyte.

One bartender spoke to the Liverpool Echo about the surprise encounter with Fury, explaining: "Nobody noticed him at first as he just walked through the bar. We were not that busy then I popped my head up and saw Tyson Fury.

"I said to one of my colleagues, 'Is that Tyson Fury' and his manager said, 'yeah it's him'. He then came out of the bathroom and started taking photographs with everyone he was only in there for five minutes. He had a suit on originally but I think he took his top off because everyone had already noticed him."

It is not the first time Fury has left fans stunned with a surprise appearance at a pub. Back in 2016, he was spotted in a bar in Nice on the eve of England's round of 16 defeat to Iceland.

Will Tyson Fury return to the boxing ring? Let us know in the comments section below

Fury later confirmed on Twitter that he had bought 200 jagerbombs for customers in the bar that night, sharing a picture of the bill which showed he had spent €1,000 on the order.

The 33-year-old is currently enjoying his retirement after announcing he was hanging up his gloves inside the ring after his win over Whyte in April.

However, he has since teased a comeback with rumoured exhibition bouts against UFC champion Francis Ngannou and strongman Hafthor Bjornsson.

Fury and Bjornsson have even traded insults in a series of social media videos as they fuel rumours of a potential fight. 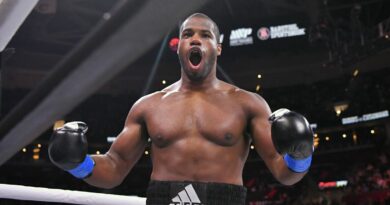