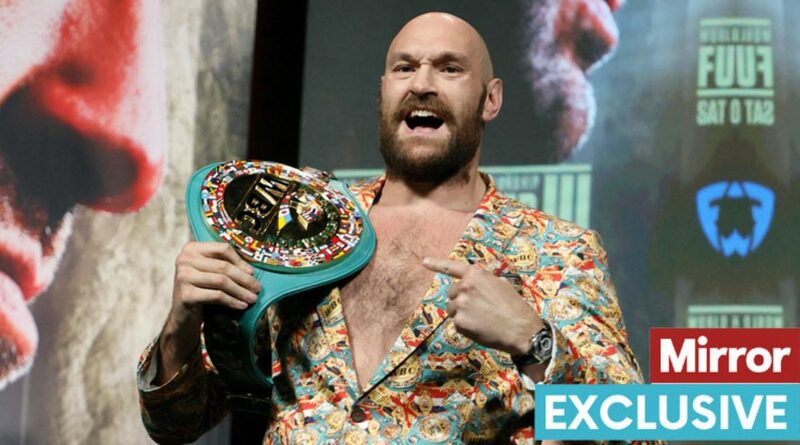 Tyson Fury was just nine years old when he told his teacher: “I’m going to be a world champion boxer.”

The schoolboy who came to class dressed as fictional fighter Rambo for World Book Day was destined to be a ring warrior.

And as he prepares to defend his WBC heavyweight title in Las Vegas, his ex teacher has told of her pride in her former pupil.

Jane Foddy, who taught him for two years at primary school, said: “He was just so determined and strong willed. He was determined to do everything as well as he could.

“You think to yourself ‘that is somebody who knows what they want to do’.

Who will win? Have your say in the comment section

“Some people want to be teachers or doctors or whatever. He was going to be a boxer. And not just a boxer, a world champion.

“It is an extraordinary story.”

Tyson, who takes on Deontay Wilder in the T-Mobile Arena in the early hours tomorrow (SUN), was a pupil at Styal Primary School near Wilmslow, Cheshire.

And the youngster who was born premature and weighed just 1lb, was already standing head and shoulders above his peers.

Mrs Foddy recalled: “The first impressions for everybody at school was when he arrived in the infants. He was so tall compared to his peers. He was six but he was more like an eleven year old.

“He was quiet and well mannered and just got on with things. He was not trouble in school at all.”

She added: “He was a quiet boy and he loved his play times. But because he was so big, the other boys would taunt him and try to get him to react. We taught him to walk away.

“He could not risk hurting anybody because he was so strong, even then. He learnt self-control, which I think has been important to him.”

She said Tyson loved outdoor activities and excelled at sport, including football.

“I seem to remember him having a big pair of gloves and playing in goal. He blocked the goal” she said.

She said: “Everybody was dressed up, even the staff. He came as Rambo, we were thrilled to bits. To see him dressed as Rambo was quite something.”

The boxer has written about his time at Styal Primary with affection.

In his autobiography “Behind the Mask” he said: “That was a great primary school. There was no trouble and I was liked by all the teachers.” And many years later, when he heard Mrs Foddy was retiring after 25 years at the school, he made a special visit to see her.

“I got a call from the office saying ‘somebody is here to see you’. So I went over and there was Tyson!” she said.

But the boxer, who stands six foot and seven and half inches tall, had struggled to get through the door.

“The doorway coming into the back of school is literally 5ft 10in tall and so he had to really crouch to get through the door” she said.

“It was just a delight to see him. It was lovely. I was very touched that he had come in.

“When he came into my class he always said he wanted to be taller than me because I was six foot.

Mrs Foddy, who is now an artist and creates animal sculptures from willow,

said: “Everybody at the school is so proud of him” she said.

But as he prepares to take on American warrior Wilder, 35, for the third in their trilogy of battles, she added: “I just don’t want him to get hurt.”

Boxing news: Tyson Fury responds to Deontay Wilder KO victory – ‘AJ will get it too!’ 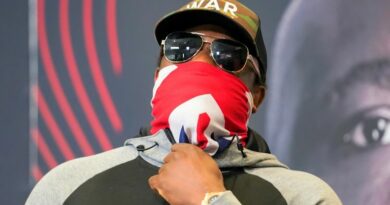