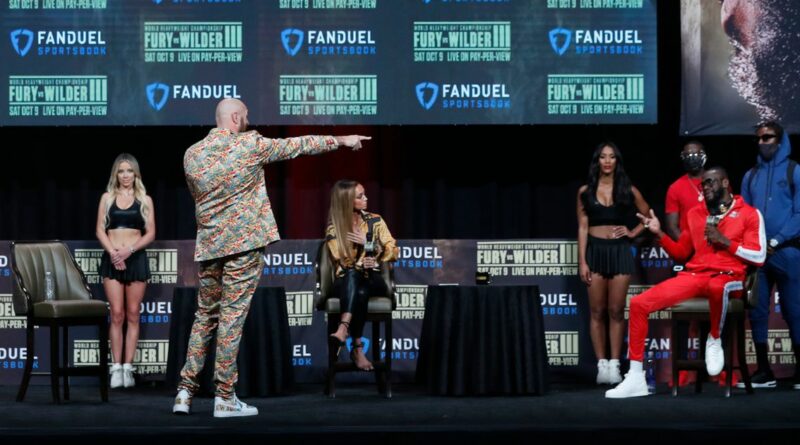 Tyson Fury and Deontay Wilder will weigh in for their world heavyweight title trilogy fight in Las Vegas on Friday night.

The pair have fought twice already, with their first meeting at the Staples Center in Los Angeles back in December 2018 ending in a draw before Fury won the 2020 rematch at the MGM Grand Garden Arena in Las Vegas.

And the duo will return to the scene of that second fight on Friday in their final joint event before meeting in the ring on Saturday night.

Fury and Wilder will be allowed to face off for the first time in months ahead of the bout, with security likely joining them on stage as they hit the scales.

The Brit has insisted that he will weigh a career-highest in an effort to recreate his brutal stoppage of Wilder last time out, where he was 256.5 lbs to his rival's 212.5 lbs.

In their first bout, Fury was particularly svelte, in an effort to outbox Wilder, coming in at 256.5 lbs to his opponent's 212.5 lbs.

Fury has claimed that he could weigh as much as 300 lbs for this bout, although has later backtracked on that claim, simply saying he will be a career-highest weight.

When is the weigh-in?

The weigh-in will be broadcast live from the MGM Grand Garden Arena in Las Vegas at 10pm British time, which is 2pm for locals in Nevada.

How to watch live stream?

The event will be broadcast on a number of social media channels, but the most reliable stream will likely come from BT Sports.

What time is the fight on Saturday?

The prelims will begin at 9.30pm British time from the T-Mobile Arena, with the undercard kicking off at midnight.

The PPV card will kick off at 2am, with three other heavyweight bouts before the main event meaning you can expect Fury and Wilder's walks at around 4.30 or 5am on Sunday morning.

How to watch fight on TV and live stream

Fans will be able to watch all the build-up, undercard and the main card of Fury v Wilder: The Trilogy exclusively live on BT Sport Box Office.

· Customers in the Republic of Ireland can purchase BT Sport Box Office via Sky at www.sky.com/boxoffice/btsport

"I wish it was this weekend. I have to wait one more week until I get these big hands on Wilder for a third time.

"It’s one of the few heavyweight trilogies since Riddick Bowe and Evander Holyfield.

"I’m going to go all guns blazing, full out attack, all in victory, straight out of the door from round one until it finishes.

"It’s either going to be me or Wilder. I’ve never had a bad training camp, and I’m in the best shape of my life. I’m injury-free, which is the most important thing.

"I’m really looking forward to it, and I can’t wait.”

“I don’t really make much of the excuses that were flying around for so long. I think they just made him a weaker character and less of a man and less of a fighter.

"Because when you get beat, you get beat. Shake the man’s hand and move on. Lots of fighters have lost.

"Muhammad Ali lost fights, Mike Tyson lost fights. It’s what they do after they lose that makes them who they are."

Deontay Wilder: “I feel amazing. It’s past good or great, this time that has passed has been great for me.

"With the more time that’s passed, the more that we’ve been able to work on different little things and perfect them.

"You can’t always be perfect, but that doesn’t mean you can’t train to be perfect.

“Malik Scott is a wonderful person and trainer. We met years ago sparring with Tomasz Adamek.

"We clicked right away and we’ve formed a real bond and brotherhood. I have so much love around me in this camp, that I’m not dwelling on anything negative.

“We’re having fun while learning and creating things together during training camp. That’s just the passion that we have to become two-time heavyweight champion of the world.

“I’m super focused. I’m more focused now than I’ve even been in my entire career. This is the second phase of my career.

"I had fun winning and defending the title for five years. At this point, we’re just serious about everything. I’m in a happy place and I’m glad that I’m here.

“They say that things happen for a reason and that we don’t understand that reason until we get to a certain place in life, then we understand it.

"My whole team understands everything that has happened and we’re looking forward. 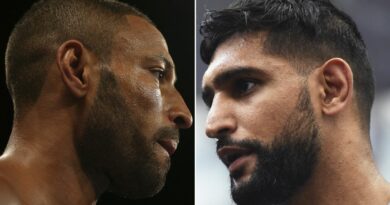 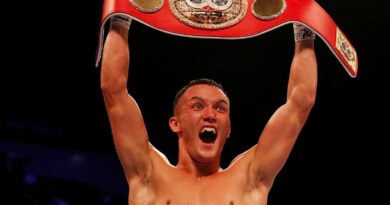