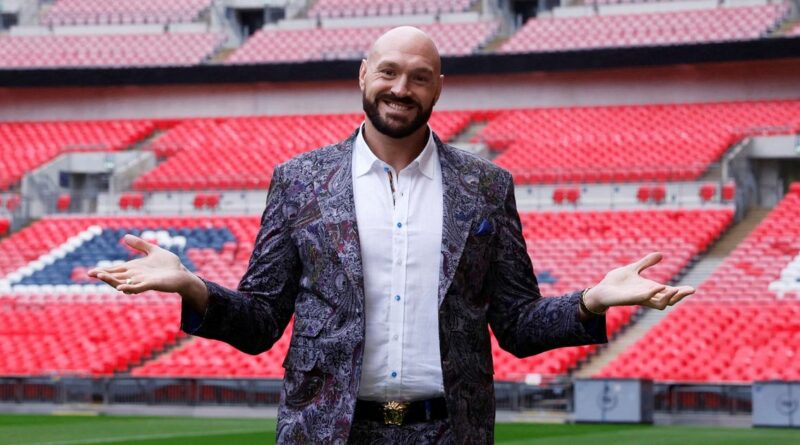 Tyson Fury and Dillian Whyte have been cleared to face each other later this month after both fighters passed their latest drug tests.

Whyte is challenging the Gypsy King for his WBC world heavyweight belt, while Fury wants to keep his title and set up a potential undisputed fight with either Anthony Joshua or Oleksandr Usyk. The two Brits meet at a sold-out event at Wembley Stadium on April 23.

On March 21, both fighters were subjected to mandatory drug tests under the WBC's Clean Boxing programme. They were carried out by the Voluntary Anti-Doping Association (VADA) which has now confirmed that both samples came back negative for banned substances.

Both fighters have had issues with such tests in the past. Fury was suspended in 2017 when he tested positive for an anabolic steroid, which he explained by claiming he had eaten uncastrated wild boar – which is known to increase the output of 19-norandrosterone.

A year earlier, Whyte was the one in hot water with boxing officials after returning an "adverse finding" ahead of his match against Oscar Rivas. He was still allowed to take part in the bout and was never suspended by the WBC, and was later cleared of any wrongdoing by UK Anti-Doping.

Meanwhile, despite both fighters passing their drug tests, a replacement fighter has been lined up by Fury's camp over worries that Whyte will be a no-show at the event. There have been a number of disputes between the two sides, and the challenger has already failed to appear at promotional events.

Can Dillian Whyte take Tyson Fury's title at Wembley on April 23? Have your say in the comments section.

Frank Warren appeared to confirm the rumour of a backup opponent when he told Seconds Out: "The truth of the matter is that we cover all bases. "Would you not think, for an event of this magnitude, of what we've sold, that we would not be covering that scenario. Of course we cover that scenario."

Responding to that claim, Whyte's brother Dean admitted it was smart of Fury's camp to bring in a possible replacement, but insisted his sibling is ready to go. "It's surprising that they've lined up a substitute, although maybe not that surprising if you consider the magnitude of the fight and how much money they have spent on it," he said.

"Maybe they feel discussions with the team aren’t going well and Dillian’s silence, maybe that's giving them some reservations that Dillian might not turn up. But he’s training very hard, he's putting all of the work in in the gym. And all of the talking is going to be left to be done in the ring.

Dillian is mentally in great shape, physically he's in great shape. He's ready and raring. He's all smiles but he's serious underneath, he knows he's got a task at hand. We know our game plan and we're going to go out there and impose what we need to impose."

How Tyson Fury is ‘Muhammad Ali and Mike Tyson combined’, especially in private 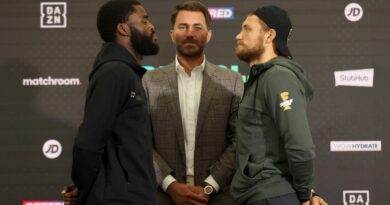