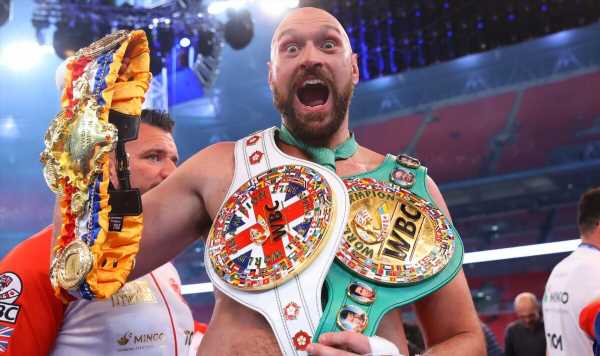 Tyson Fury produced a brilliant uppercut to knock out Dillian Whyte in the sixth round and defend his WBC and The Ring heavyweight titles on Saturday night. The Gypsy King delighted a packed-out Wembley with a fearsome shot flush on mandatory challenger Whyte’s chin.

Whyte got back to his feet but the referee waved off the fight with the Body Snatcher stumbling around the ring. Fury moves to 32-0-1 but indicated in the ring post-fight he is set to retire unbeaten rather than test his record once more against either Anthony Joshua or Oleksandr Usyk, due to a promise he made to his wife.

BT Sport Box Office showed the live broadcast of Fury’s win over Whyte – which may well indeed be the last fight of his career – and for those that missed the action, they will show multiple replays over the next few days.

The first full showing of the night’s action, including every undercard fight, will take place on BT Sport Box Office at 9am on Sunday April 24. And replays will continue every three hours after that.

Fans who did not buy the fight on the night can still book one of these showings for £24.95 at any time. The BT Sport Box Office channel is available on BT TV (channel 494), Sky (channel 490), Virgin Media via the ‘On Demand’ section of the set-top box and TalkTalk TV. Alternatively, fans can download the app or watch on the website.

Highlights of the bout will be made available on BT Sport’s Boxing YouTube channel with clips already posted of the pre-fight build-up and the immediate post-fight aftermath.

Fury said to BT Sport afterwards: “Dillian Whyte is a warrior and I believe he will be a world champion. But tonight he met a great in the sport. I’m one of the greatest heavyweights of all time. Unfortunately for Dillian Whyte he had to face me here tonight. It’s no disgrace. He’s a tough game man and he’s as strong as a bull and has the heart of a lion.

Under the iconic arch, Tyson Fury will take on Dillian Whyte for the for the WBC heavyweight title. The only way to watch the action is via BT Box Office, which can be viewed on your iPhone, iPad, Android, Sky Q, Sky Glass, BT TV, Virgin Media TV 360, and more 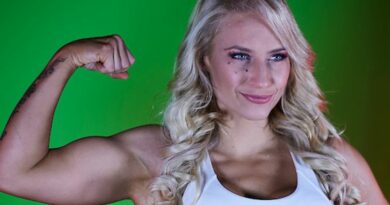 Ebanie Bridges and Shannon Courtenay in heated debate over drawing 'more eyes': 'I want viewers for the correct reason'