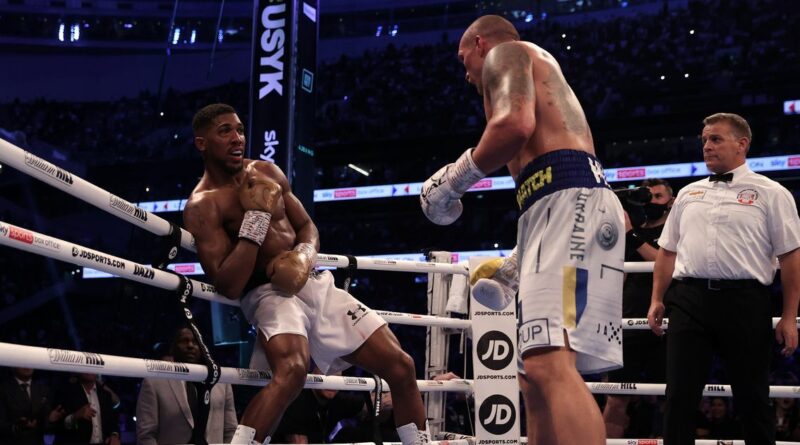 Tyson Fury's trainer watched 30 seconds of Anthony Joshua's defeat by Oleksandr Usyk – then switched it off to spark up a barbecue.

Joshua was outpointed by the Ukrainian last month as he lost his heavyweight world titles for the second time in two years.

As a result his proposed undisputed clash with Fury went up in smoke.

And SugarHill Steward, who will corner Fury in his trilogy with with Deontay Wilder on Saturday night, was turned off by what he saw.

"I went outside to start a barbecue when the fight was on, I didn't watch it," he said. "I watched 30 seconds and I was disappointed and I got up and left.

"I said, 'I can't watch this'. I already knew what was going to happen, it wasn't going to be exciting so I went outside and barbecued.

"I was disappointed with the first 30 seconds of the fight period, it wasn't Anthony's performance. I wanted to see more but I didn't see much from either guy."

Joshua is now negotiating a rematch with Usyk which is likely to take place in the first quarter of next year.

Only a successful revenge mission will resurrect a £150million mega-fight with Fury – assuming the Mancunian defeats Wilder for a second time.

Fury reaped the benefits of his short training camp with Steward last year – and his trainer hailed his pupil as among the best heavyweights in history.

"For me it's about making Tyson Fury the best Tyson Fury he can be. I'm trying to make him the best ever," he added.

"Everything you see in Tyson Fury I'm trying to make him do that as well as possible. The best thing any fighter can do is be more efficient with whatever he's doing.

"We've been bouncing ideas off the wall and he understands things very fast. That's one of the reasons why, in the second fight, he was able to grasp what I was saying so fast.

"He's unlike anyone I've ever seen when it comes to learning that fast. He dropped whatever he knew and said whatever you teach me, that's what I'm doing.

"He didn't go back to what he was doing before, he was so focused on what I was teaching him and he just absorbed it." 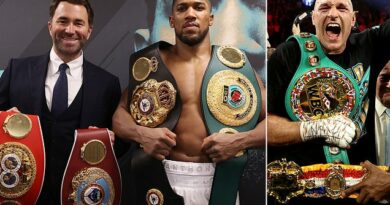