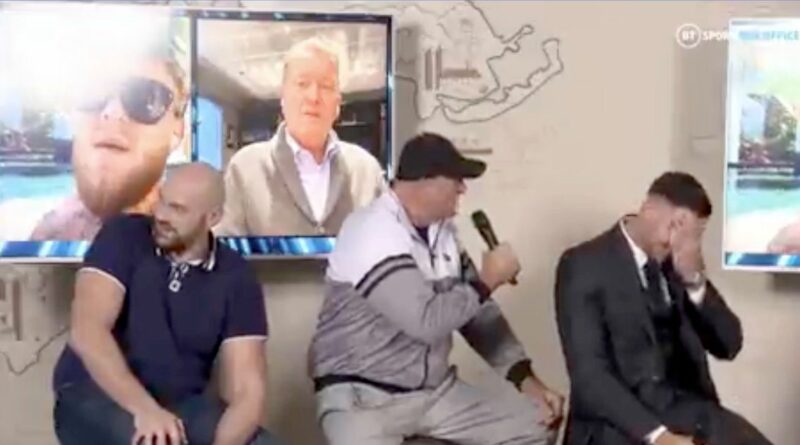 Tyson Fury's dad John made an insult so X-rated to Jake Paul that his son Tommy was left covering his eyes during their latest press conference.

The UK press conference for Paul and Fury's bout in Tampa, Florida on December 18 was held on Wednesday with Paul appearing via video link from a swimming pool.

John Fury was present alongside both his fighter sons and stole the show as he called Paul a "cat weasel" and threatened to knock him out.

Fury himself is a former professional boxer but is know regularly seen acting as a cornerman for his sons.

“You know when Tommy knocks you out, he’s going to bend your girlfriend over and do her like a dog in front of you.

“So, I’m telling you straight what you’re getting, that’s where we’re coming from you dummy.”

Tommy was visibly embarrassed as he put his face in his hands while awkwardly smiling, with the presenter also heard saying "blimey".

Paul attempted to call Fury "cringe" in response but the 57-year-old continued his tirade and raised his voice to speak over Paul.

The girlfriend Fury was alluding to is Paul's current partner Julia Rose, who has also been vocal in the build-up to the fight.

Rose, who prior to dating Paul was best known for flashing her boobs at a baseball game, had challenged Fury's girlfriend Molly-Mae Hague to a mud wrestle but received no reply from Hague.

Fury and Hague met when they were contestants on the 2019 series of Love Island and have remained together ever since finishing second on the reality show.

Paul and Fury are set to put both their unbeaten professional records on the line in Tampa next month in their highly anticipated bout.

Fury is the first out-and-out boxer Paul will have fought, having come up against UFC fighters, a retired NBA player and a fellow YouTuber in his four previous fights. 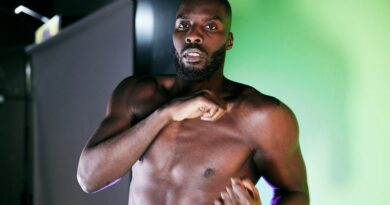 Lawrence Okolie on Krzysztof Glowacki world title fight: 'I'm not relying on a big shot to knock the guy out' 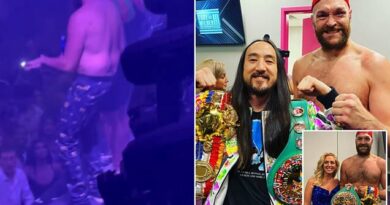