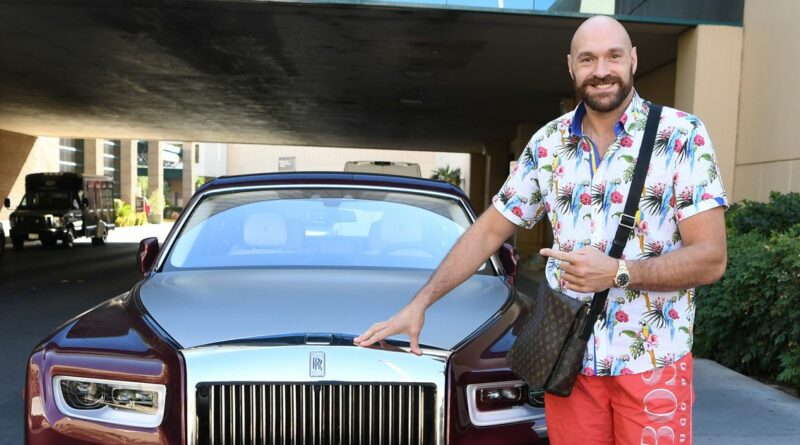 Tyson Fury’s fortune has shot up by a staggering £34million over the past year, according to new figures.

It is believed the deal is worth a staggering £200million, meaning the Gypsy King is set for another huge payday in the heavyweight division.

His pockets have been filled significantly following his dominant win over Deontay Wilder in February 2020, which saw him batter the WBC champion from pillar to post in Las Vegas.

And after ripping the title from Wilder’s grasp, Fury has seen his fortune rise from £6million to £40million.

Accounts for his company Tyson Fury Limited show the £34million increase, with the man himself paying a tiny dividend of just £2,000 compared to £40,000 the year before.

However, he is currently left with just over £40million after forking out £7.5million in credits.

The earnings for his company cover 12 months up until the end of March last year, which includes some of his earnings from the Wilder rematch.

He raked in an estimated £3.62million for that fight, but Fury will have collected much more through sponsorship and promotional deals.

Upcoming opponent Joshua has had an even bigger rise in fortune, nevertheless, as last month it was revealed the unified heavyweight champion’s company has recorded an increase of £49million.

Both AJ and Fury will be rolling in the cash when their mega-fight is confirmed.

Saudi Arabia were reportedly leading the race to stage their first bout later this year.

Yet Joshua’s promoter Eddie Hearn appears to be warming to the idea of Wembley hosting the fight, as Saudi may not be an option in the summer.

Hearn insists the first leg of the two-fight deal must happen in June or July this year.

READ MORE:Anthony Joshua vs Tyson Fury 'could be in UK' due to potential Hearn contract issue

READ MORE:Anthony Joshua shows off huge arms as he poses with David Beckham in Miami

Kell Brook claims he may retire regardless of Terence Crawford result

Mayweather reveals he is open to boxing rematch with McGregor