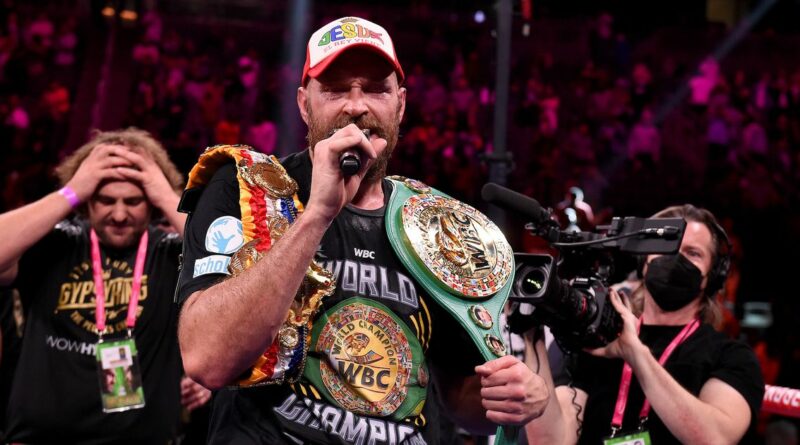 In an historic display in Las Vegas, Fury defended his belts with another scintillating victory over bitter foe Deontay Wilder.

And he was forced to recover from two knock downs by the American, to eventually put the fight to bed in the penultimate period.

But he has now cast doubts over a future meeting with mandatory challenger Whyte, as well as Joshua, after hinting at retirement.

“I don’t know what’s going to happen," Fury told The Telegraph. “I’ve got one fight left on my contract with Top Rank and ESPN and we’ll see what that is.

Fury faced a disruptive preparation to the Wilder fight, with a bout of coronavirus delaying the fight before his baby daughter Athena was taken ill.

And he has previously addressed his family life being his priority, with his wife P aris keen for him to retire soon to protect his health.

Although his latest comments have dropped the biggest signal yet, that he could be willing to end his fighting days.

“I am motivated to get up in the morning, do a little bit of training, and enjoy my day. I don’t have any goals in boxing, I have done everything and won everything, the only one to do it in my era.

“I will always have been the WBC, WBA, WBO, IBF, Ring magazine champion, that will not evaporate in history, but once it is done, it is done and you cannot get it back.

Will Tyson Fury face Dillian Whyte next? Let us know your verdict in the comments section below.

“Once you are done, it doesn’t matter how many belts you have, who you beat, what your record is. You are just another bare bum in the shower and I have always had that opinion."

Whyte could be annoyed with Fury's latest comments, having waited nearly three years for a shot at the champion and his WBC title.

Despite being declared to fight Fury next, the 'Body Snatcher' himself admitted he may be out of luck trying to secure a shot against the undefeated star.

"Fury has the belt. Wilder had the chance to fight me for three years but didn't," Whyte told Sky Sports News.

"Hopefully now the WBC forces my position and Fury has no choice. It's a massive British fight, a major fight for Britain.

"Fury is an unpredictable man who might say: 'I am done!' I hope we can make a fight when I get past Wallin. But Fury is a difficult guy to plan. I haven't heard a word from him about making a fight."

The lineal champion has now returned to his home in the UK, after partying in Las Vegas to c elebrate his latest exploit.

And his immediate post-fight plans include a caravan holiday with his father John Fury and settling back into his routine.

His dad himself has called for Fury to only return to the ring in case of a meeting with Oleskandr Usyk for the undisputed belts next year. 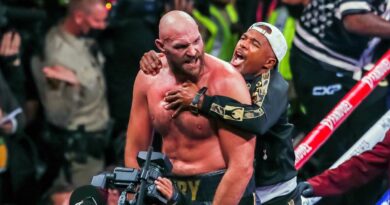 Conor Benn warns: Josh Kelly can’t be ‘flashy’ against me